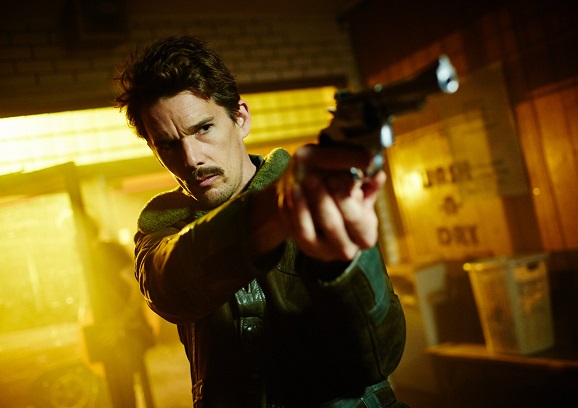 Last week, the very first stills from Michael and Peter Spierig’s upcoming thriller Predestination were released, but all of us here at GFR were admittedly too busy going back in time to make it look like we’d impregnated each other’s mothers to notice. We’re all back in the same time frame now, so let’s take a look at what the Spierig brothers have been up to since directing 2009’s clever vampire tale Daybreakers.

As you can tell from the photo above, Predestination will feature a mustached Ethan Hawke pointing a gun at someone at least once. He’s probably got enough to be angry about during the course of the story. The Spierig’s screenplay was adapted from the Robert Heinlein short story “All You Zombies,” which has quite a tricky and spoiler-heavy plot for a short work.

Hawke will play a man who works as an agent in the Temporal Bureau, a section of the police force dedicated to using time travel to keep humanity safe. His final assignment involves teaming up with a younger version of himself to stop the one criminal he’d never been able to catch. This Looper-sounding plot is quite an expansive extension of the original story, but there’s still no sense in going into that to ruin things for anyone who hasn’t read it. Suffice to say, paradoxes are the main focus, much like in other time travel movies. I hope they don’t lose Heinlein’s vision by making this some over-the-top action romp. For what it’s worth, actor Taylor Coppin is playing a character named Dr. Heinlein in the film. So that’s something.

Let’s take a look at the rest of the images here. These first two are of Sarah Snook in a bright-blue dress, hooked up to two different kinds of machines. Something tells me she’s not getting her hair did, right, ladies? (snaps fingers two or three times) 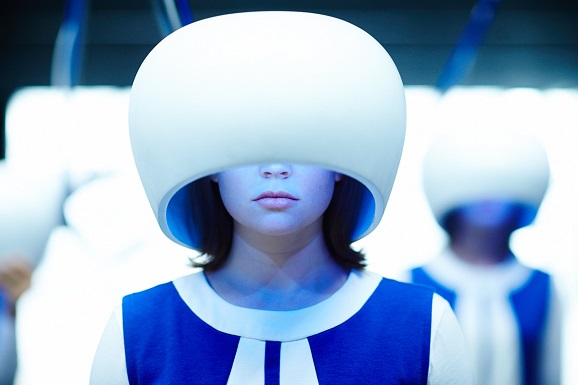 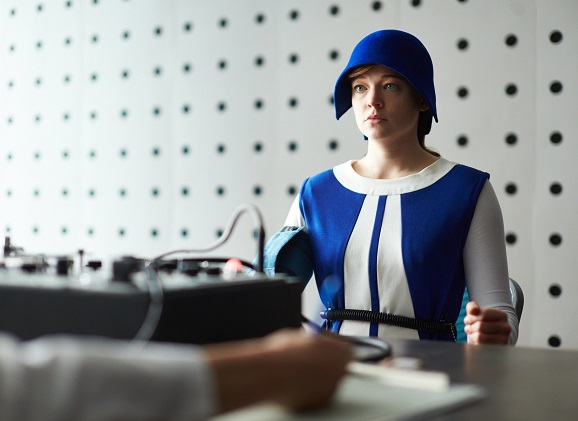 Here’s a shot of Noah Taylor that’s pretty interesting in its use of reflections. I want his handkerchief. 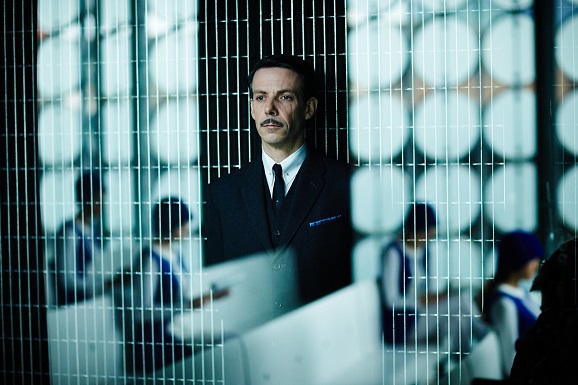 And here are a bunch of clipboard-holding women. 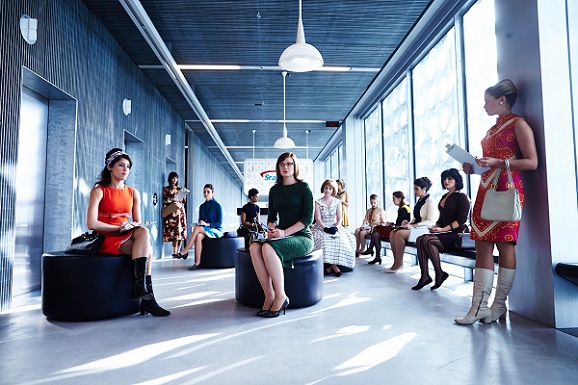 Predestination is set to premiere at South by Southwest in March, where it will hopefully be met with cheers and not people wishing for Temporal cops to stop this film from getting made. Based on the Spierigs’ previous work, I’m betting on success. 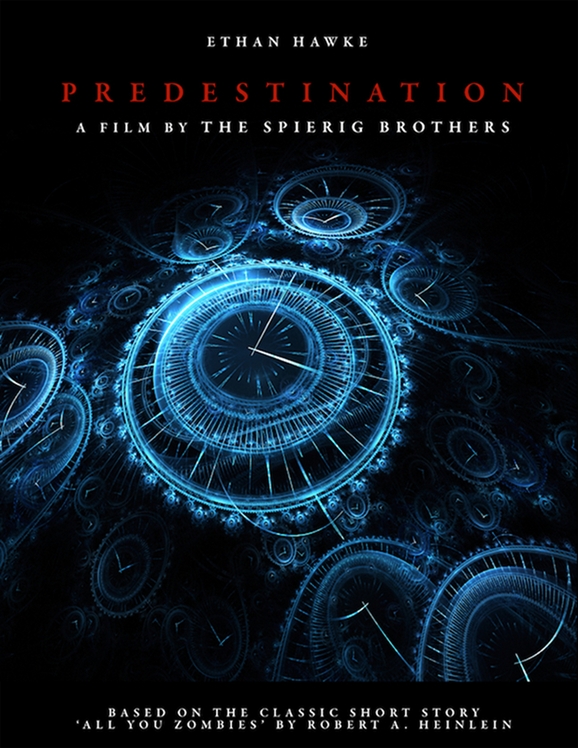