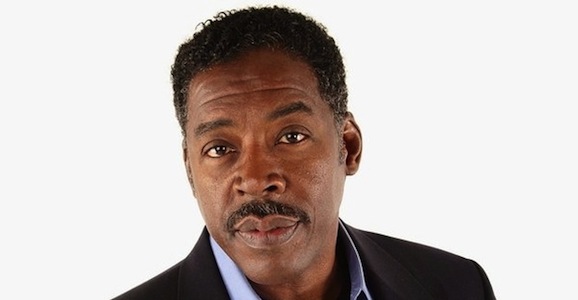 For all the talk about Ghostbusters 3 recently, I’ve always hoped it was just that, talk, and that any actual momentum would eventually peter out. This strategy has served me pretty well up to this point, there’s been talk about this movie since the 1990s, yet nothing has ever materialized. After all, how can you do a Ghostbusters movie, even a reboot of one, when half the original team won’t be there. Bill Murray wants nothing to do with it, and after his untimely passing, Harold Ramis obviously won’t be involved. However, all my hopes and wishes apparently don’t add up to much in Hollywood, because Ernie Hudson, who plays Winston Zeddemore, has come out and said that Ghostbusters 3 could start filming very soon.

Talking to Film Dumpster at a recent comic con, the Oz star says that filming could begin possibly this fall or in the spring of 2015. He was reluctant to get more specific or commit to either time because it sounds like there isn’t one set in concrete, and he’s been burned by schedule changes in the past. However it works out, it does sound pretty definite that Ghostbusters 3 will happen, and sooner rather than later. Hudson says that he spoke to Ivan Reitman about the subject recently at the premiere of Draft Day.

To his credit, Hudson does seem to have some mixed feelings on the subject. Ramis, who he calls “the glue” of the group, is gone, and any film they do make will by necessity be something completely different. He appears to be okay with this, but does note that, after 30 years of rabid fan love, they’re going to have to come up with something rather special, to make the three-decade wait worthwhile.

The idea of doing something different fits with what we’ve already heard. Dan Aykroyd has said that this is going to be passing of the torch situation, meeting a new generation of Ghostbusters, and from what Sigourney Weaver has said, it’s likely one of them will Dana Barrett’s son Oscar, now grown up. At least if that’s the case, the character has some connection to the franchise and there is a through line that will carry through. Reitman has said he won’t direct, but Zombieland‘s Ruben Fleischer could take the job.

To mark the 30th anniversary of the original Ghostbusters, Sony Pictures will release a remastered version of the film into 700 theaters on August 29. According to Hudson, there will even be some additional scenes that aren’t in the original cut. In addition to that, there is a special edition Blu-ray scheduled for September 16. There aren’t a ton of new features, it’s mostly a roundtable discussion for both Ghostbusters and Ghostbusters 2.