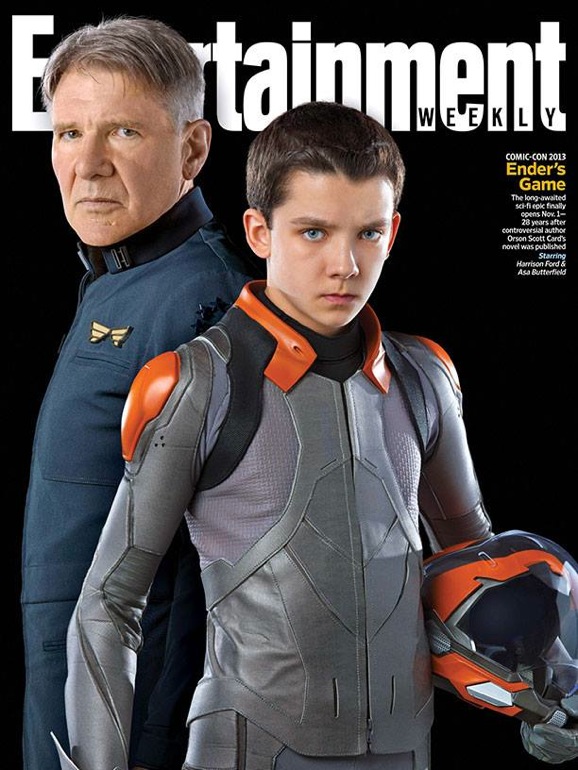 San Diego Comic-Con is lurking just around the corner, and the entire geek centric world is about to shift its collective focus to the sunny environs of Southern California. Get ready for a tidal wave of news, clips, announcements, video from various panels, and so much more coming soon.

Entertainment Weekly is always deep in the mix at Comic-Con, and as part of their preview coverage, the issue that hits newsstands on July 11 has a variety of wonderfully nerdy bonus covers to peruse. One is Spider-Man 2, one is Carrie, but the ones that really catch our interest are the sci-fi themed ones, of which there are two. Both Gavin Hood’s adaptation of Orson Scott Card’s Ender’s Game, and the BBC America’s clone drama Orphan Black grace the cover of EW.

An Ender’s Game cover makes sense. It’s a big, tent pole movie, with a major studio behind it (Summit), a Hollywood legend in a key role (Harrison Ford), and is based on a beloved book (even if the author is a tool). Despite a healthy dose of controversy, it’s a pretty big deal. The film is going to have all sorts of presence at Comic-Con. Most of the cast is going to be there, a panel is scheduled for Thursday, July 18, in the cavernous Hall H, and they’ve already announced they will unveil some exclusive footage. And there will be a bunch of interactive fan stuff to get involved in.

The image gives you a nice scowl from Ford, and the laser focused stare of Asa Butterfield’s Ender Wiggan. It’s an appropriate look, Ender is one determined, driven little military cadet. He’ll have to be if he has any hope of defeating a tough as nails alien race called the Formics, not to mention a bunch of other teens. 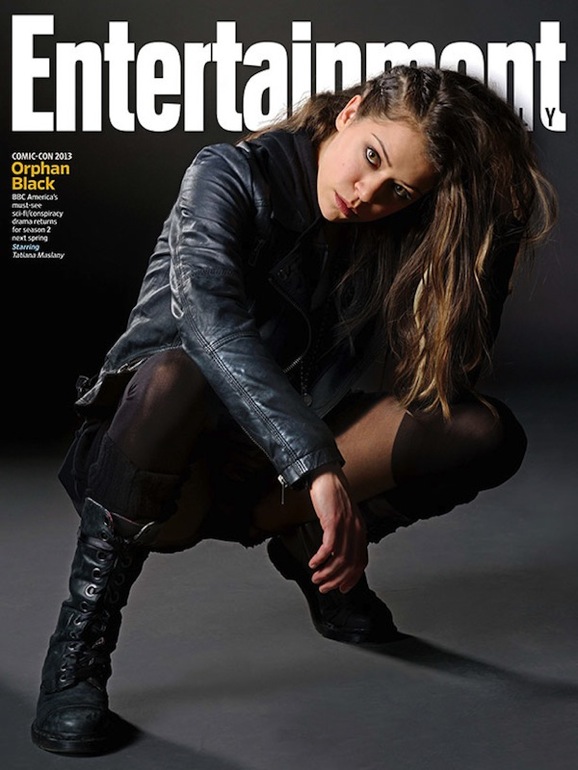 Orphan Black, on the other hand, seems a bit strange. It’s a great new show, and absolutely deserving of being on a magazine cover, but maybe it’s a bigger deal than I thought. The first season recently wrapped up, and if you haven’t, you should first watch the show, and then read Nick’s post-game reports, because those are a blast in their own right. The show is worth watching just to see star Tatiana Maslany play half a dozen characters—a collection of nearly identical clones—in a single episode, often switching from to another in the same scene. There have also been multiple times when she plays one character playing another. She’s dizzying, but badass enough to pull it off without breaking a sweat.

Maslany and co-stars Jordan Gavaris and Dylan Bruce, along with co-creators Graeme Manson and John Fawcett will be at Comic-Con for the Orphan Black panel. They’ll be talking about the first season, which won a fair amount of critical acclaim—and some well deserved acting awards for Maslany—as well as, hopefully, answering questions about the upcoming follow up season. Their event goes down on Friday evening, July 19.