Despite being a pretty voracious gamer, there are two triple-A science fiction game series that I’ve never been able to get into. One is the HALO games, mostly because I didn’t jump in at the get-go and always felt like I’d missed the boat (something I may remedy with the next game). The other is Gears of War. For lack of a better explanation, I could never get past the “bro-ness” of the game. So while this announcement might be little more than just another story to post for me, I’m sure there will be many of you uncontrollably salivating at this announcement trailer for Gears of War: Judgment, courtesy of GameTrailers.com:

Judgment is said to be a prequel to the Gears of War trilogy, taking place “after Emergence Day and the Pendulum Wars,” according to IGN. I don’t know what any of that means, but one bit of info does raise my interest: Judgment is being developed by People Can Fly, the studio behind the underrated and insanely fun Bulletstorm. One thing that may or may not be a warning flag for longtime fans: apparently Gears of War writer Karen Traviss will not be writing this installment.

Gears of War: Judgment is the cover story for the new issue of Game Informer, and some info about the game has already leaked online. Here are some of the characters that have been confirmed:

Gears of War: Judgment is slated for sometime in 2013 (during the fall would probably be a safe bet). 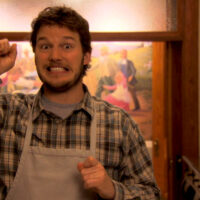