This is probably going to happen a lot between now and September 21st when the film is finally released, but there are a bunch of new images from Pete Travis’ comic book adaptation Dredd. While some of these photos feature star Karl Urban’s Judge Dredd, there is definitely more focus placed on the other two main characters, the female leads Ma-Ma (Lena Heady) and Judge Cassandra Anderson (Olivia Thirlby).

Admittedly, such a shift in the spotlight is a welcome change. Let’s face it, you can only do so much when half a character’s face is obscured by a large helmet, and now you get a good look at other people in the film, not just Urban’s clenched jaw. 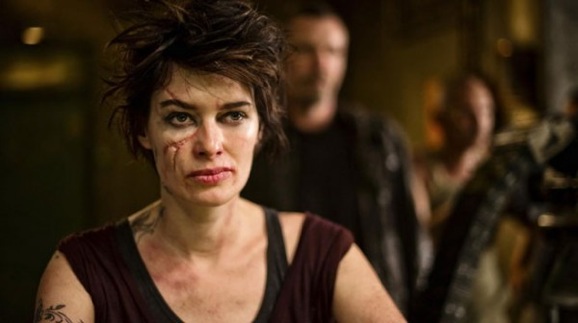 These pics of Heady’s hardcore drug kingpin Ma-Ma are the best we’ve seen so far. With that gnarly face scar, and overall haggard, brutalized demeanor, she’s flat out terrifying. 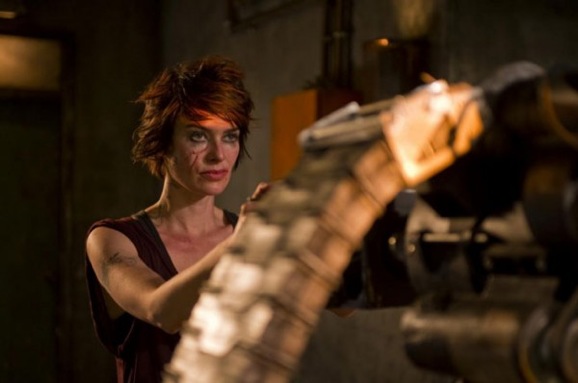 Especially at the controls of a giant ass machinegun. 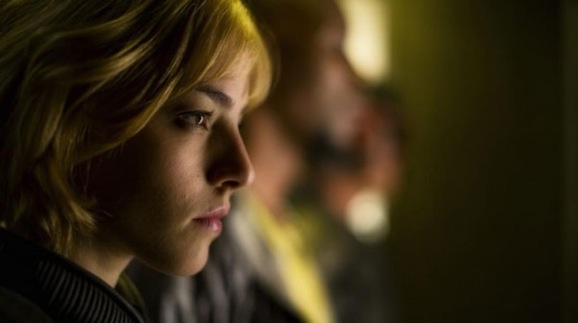 Thirlby’s Anderson is a fresh-faced rookie with a strong psychic ability. 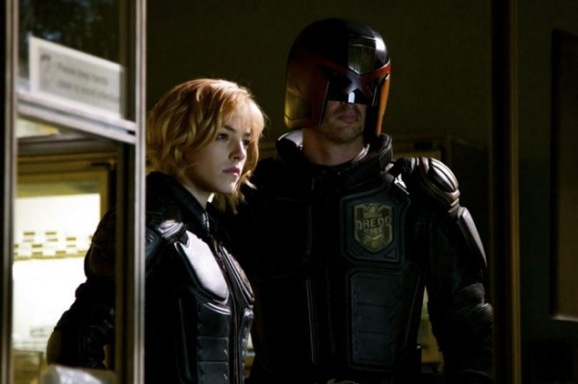 Right out of the gate she is partnered with Dredd, a notoriously violent member of the peacekeeping force of Judges in the post-atomic Mega City One. 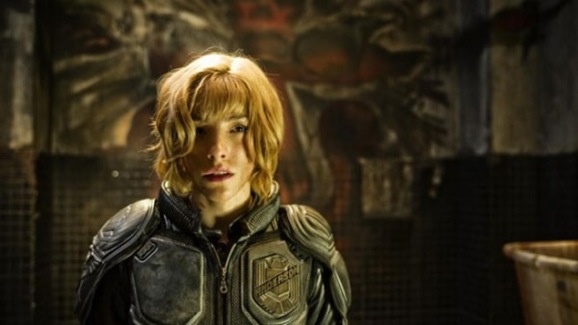 Even under the watchful eye of her badass mentor… 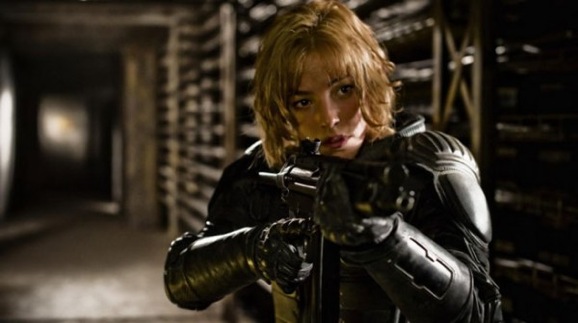 …and accompanied by her own sizeable machinegun… 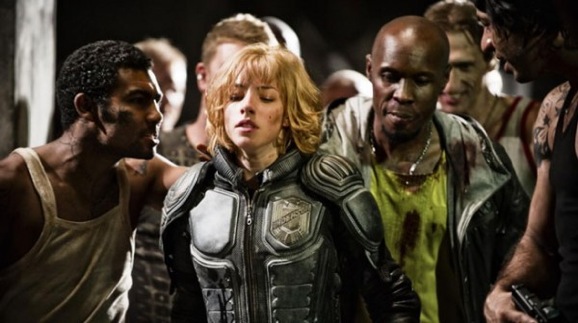 …it looks like Anderson still gets into some trouble with a gang of hooligans at some point in the film. Presumably this turn of events is an excuse for a rescue mission and an opportunity for Dredd to kill the crap out of even more bad guys.

Ma-Ma and her forces control a high-rise slum called the Peach Trees. Standing high above the skyline, it is 200-stories of criminals, outlaws, and drug dealers. 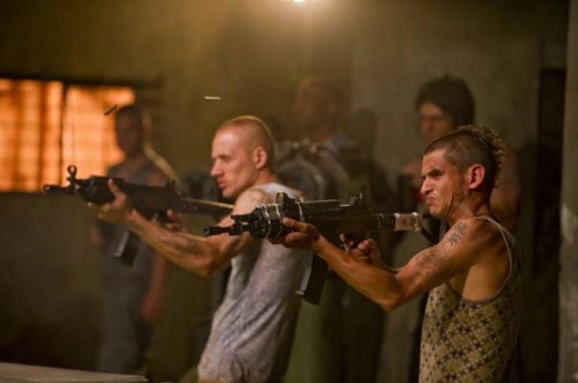 Fighting their way up, floor-by-floor, Dredd and Anderson must contend with Ma-Ma’s heavily armed gang of scruffy roustabouts, who infest the fortress like angry roaches. 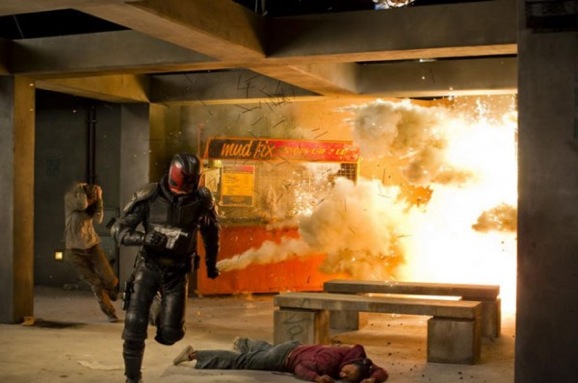 And of course Dredd’s going to blow some stuff up. Most likely a lot of stuff. And often.