“Judgement is coming,” or so promise these promotional banners for Pete Travis’ upcoming Dredd 3D. This new collection of photos definitely live up to the gritty expectations for the latest adaptation of 2000AD’s ultra-violent comic book, Judge Dredd.

This trio of banners is on par with everything you’ve already seen from Dredd, star Karl Urban with his jaw clenched, looking grim, holding a massive gun. 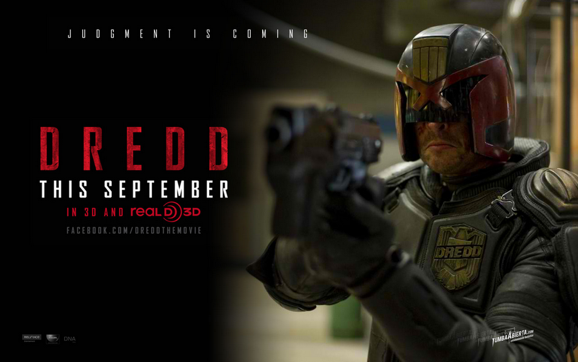 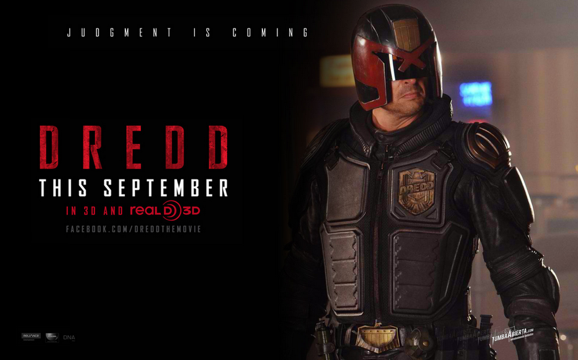 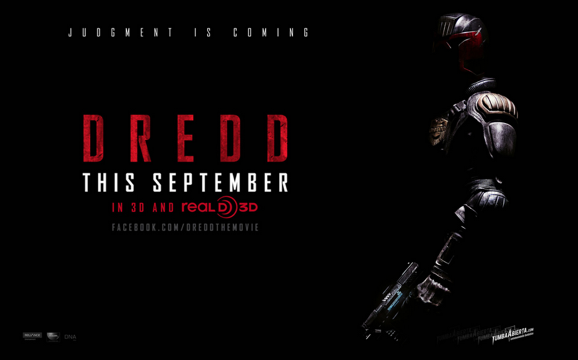 There are also a bunch of photos of Dredd being Dredd. You know, looking tough… 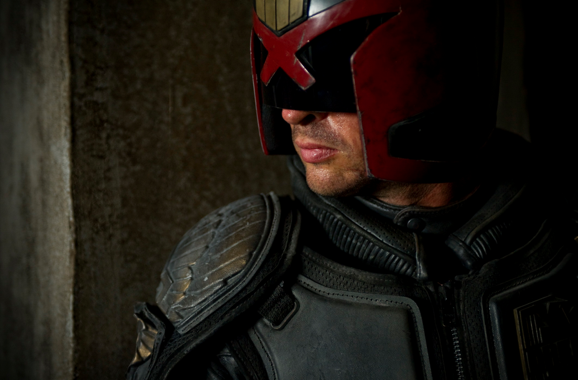 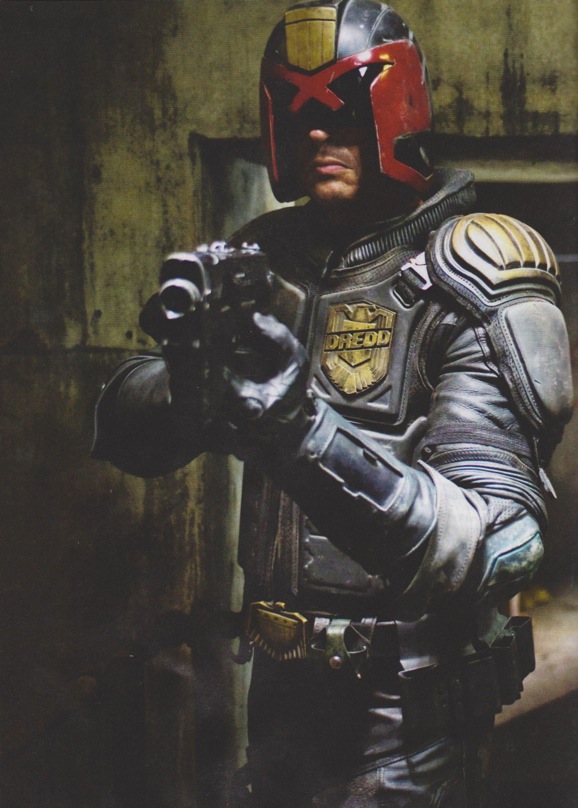 …and blowing junk up. 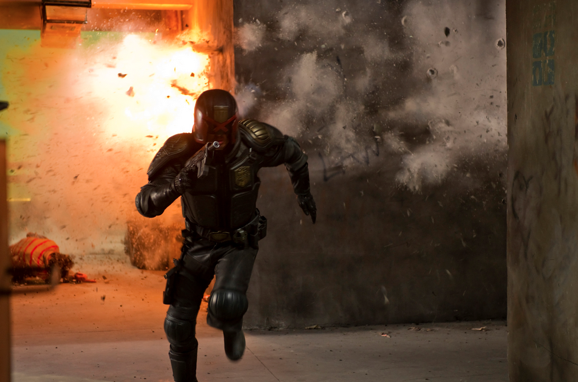 Even Dredd’s badass motorcycle has guns on it. Seriously, the man is like a walking arsenal. 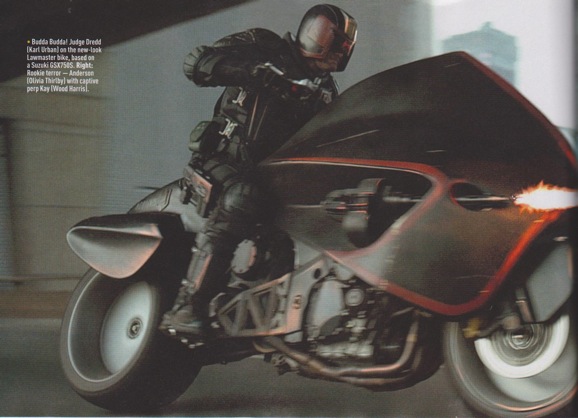 No matter how tough Dredd is, he’s not bulletproof, a point illustrated very well by these two pics. It’s nice to see your hero bleed sometimes. 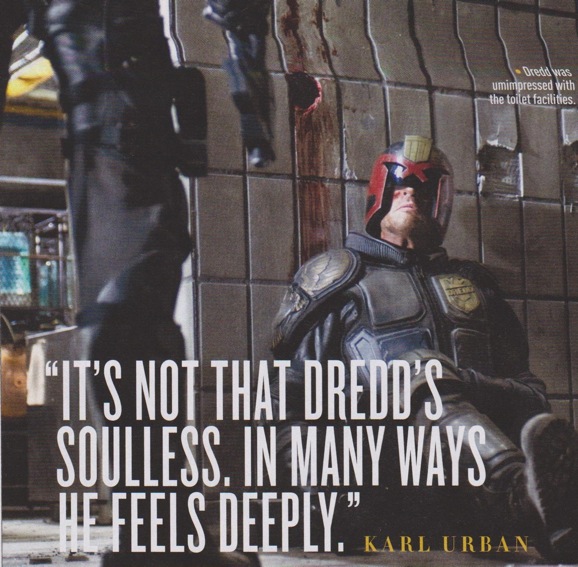 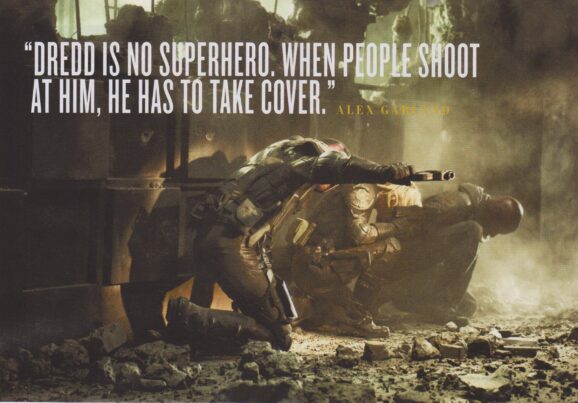 Dredd’s partner, the psychic rookie Cassandra Anderson (Olivia Thirlby), also gets in on the action now and again. 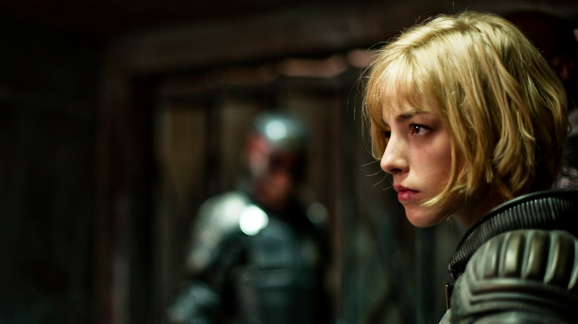 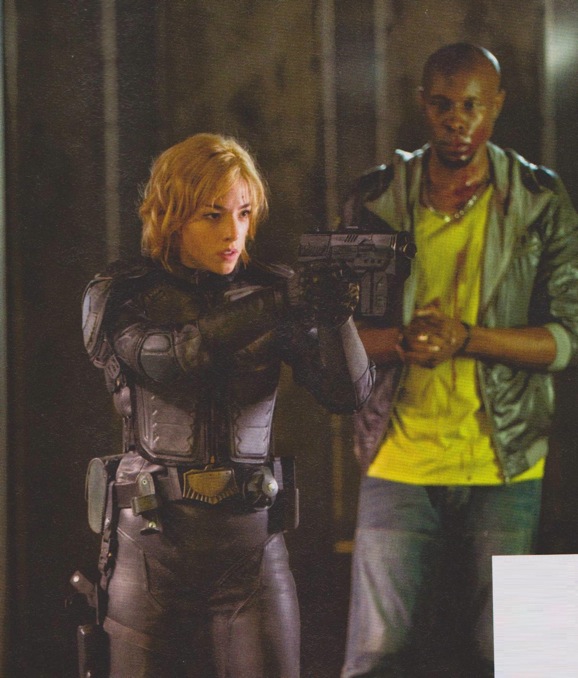 These last two photosa are the most interesting of the bunch, however. More than any of the others they show just how brutal and sinister the world of Dredd can be. First off there’s an obvious torture scene. Neither of the guys in this picture are having a good day. Not even close. 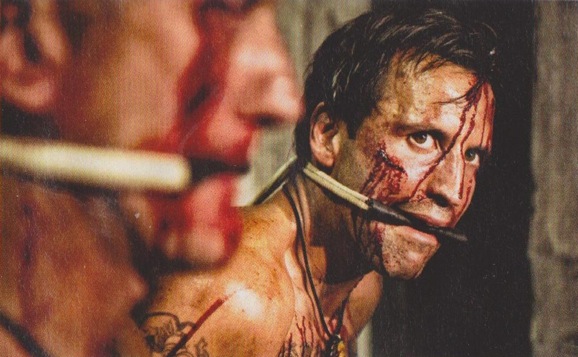 Ma-Ma (Lena Heady from Game of Thrones, sporting a jaunty face scar) rules the trade of a new drug called Slo-Mo on the crime-ridden Mega City One. Presumably the other woman in this photo is an addict, and looks suitably brutalized and beaten down by her life and circumstances. Ma-Ma and her gang control a 200-story slum, and Dredd and Anderson find themselves involved in a life and death battle with ruthless thugs. 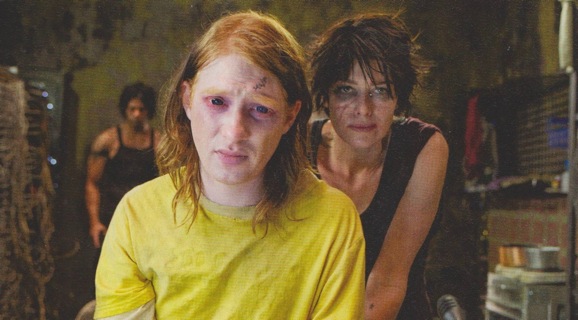