Bowerick Wowbagger the Infinitely Prolonged
Adams’ books are packed with bizarre, hilarious ideas of all sorts, but Wowbagger the Infinitely Prolonged is one of my favorites, and representative of the keen and cynical insights into human nature that underlie most of his writing. We’ve all wondered what it’d be like to be immortal, but it’s one of those things that becomes less appealing the more you think about it. Indeed, a key element of most of our stories about long-lived or immortal beings is the sense of terrible loneliness that would inevitably come with watching everyone you ever meet grow old and die while you just keep on keepin’ on. Faced with such a fate, some would simply avoid forming close bonds as much as possible, while others would cling to denial as their touchstone.

Wowbagger the Infinitely Prolonged, who gained his immortality after an incident involving “a few rubber bands, a liquid lunch, and a particle accelerator,” came up with a novel way to pass the time: he would insult everyone in the universe, individually, and in alphabetical order. Wowbagger is one of the most quintessentially Douglas Adams things Douglas Adams ever thought of, and even though it’s infinitely improbable, I keep hoping that one day Wowbagger will show up on my doorstep and call me a right git. A man can dream, can’t he?

(Yes, we know the accompanying pic is from Paul. There is a disappointing lack of satisfying Wowbagger pictures out there on the internet and this is the “angry alien” shot we liked best.) 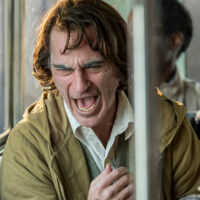