Under The Dome Premieres To Huge Numbers

I love the way TV programming has evolved in the last decade, with the quality of both regular and pay cable TV often surpassing that of the standard networks, and the baby brother Internet slowly becoming an unstoppable force where original projects are concerned. But again, that’s just about quality. When it comes to ratings, the networks still usually win out (though exceptions like AMC’s The Walking Dead have begun to wrangle away key demographics). Even primetime re-runs of The Big Bang Theory draw in more people than a lot of better shows out there. (That’s right, I said it!)

Following Monday night’s double dosage of Big Bang, CBS’ Under the Dome premiered to huge numbers, proving that Stephen King and savvy marketing are huge draws, even when the subject matter isn’t the most mainstream material. Of course, CBS mainstreamed the shit out of said material, and the script from comic genius Brian K. Vaughan was as corny and stereotypical as anything else on the network, but that’s what people are clamoring for these days. Not that the show was bad, necessarily; it would have been positively breathtaking had it come out at some point in the late 1970s.

So how well did it do? It managed a 3.2 rating in adults 18-49 and was seen by 13.1 million viewers, which is massive for a series starting out in the summer, generally a season when networks bring out their second- and third-tier reality shows. CBS’ last summer premiere was 2008’s Flashpoint, which got a 1.9 rating. It was definitely the highest-rated show of the night, and the highest-rated summer premiere on any network since CBS’ 2000 Malibu Road from 1992.

What was second place on Monday night? Game 6 of the Stanley Cup Finals, which also had a 3.2 rating in the adult demo, but only had 8.3 million viewers. Which means Under the Dome got crazy numbers even outside adults 18-49. Unless there were a lot of babies watching the show, I think this further proves the age of CBS’ audience knows no bounds. Like a dome, for instance. 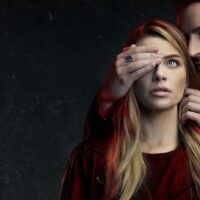