With all the sound and fury about which former Doctors are or are not returning for the Doctor Who 50th anniversary special, we’ve heard surprisingly little speculation about what the story might be for that landmark episode. We know David Tennant and Billie Piper are back as the Tenth Doctor and Rose Tyler, respectively. Presumably the story will be suitably epic, and hopefully pay homage to the show’s long history, and the many people who have made it a beloved genre classic. But what will actually be going on? We haven’t got a clue. But if this rumor proves to be true, showrunner Steven Moffat has something major up his sleeve. 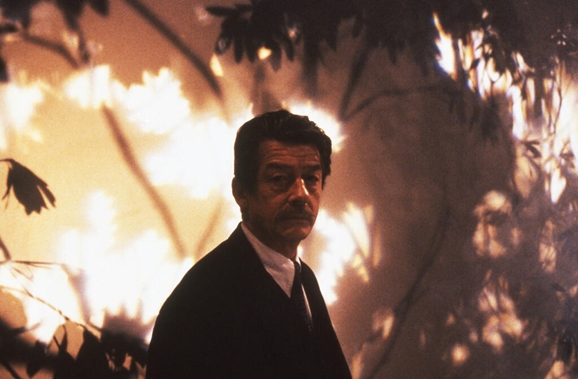 We know that British actor John Hurt is appearing in the 50th anniversary special, but so far we haven’t learned who or what he will be playing. Perhaps some nefarious villain? Perhaps a new ally of the Doctor? According to a source at SpoilerTV.com, his role is much bigger than that.

“Say whaaaaaaaaa?” You read that right. The rumor is that Hurt is the real Ninth Doctor, which means each of the Doctors seen in Doctor Who’s modern incarnation, beginning with Christopher Eccleston and then continuing on to David Tennant and Matt Smith, have actually been the Tenth, Eleventh, and Twelfth Doctors, respectively.

How the hell does that work? The anonymous tipster says that it will be revealed that the past three regenerations of the Doctor have either forgotten, repressed, or been forced to forget their real Ninth self. The big questions, then, are how and why? Does it involve some terrible secret from the Time War, or something even more unexpected than that?

The tipster also suggests that this revelation may be actually revealed in the impending season finale, entitled “The Name of the Doctor.” That’s a title that suggests major revelations are in store. Some have speculated that the show might live up to its title and finally reveal the time lord’s real name, something we haven’t learned in five decades of the show’s run. I think that’s very unlikely, and would be a mistake, but something like revealing a previously unknown incarnation of the Doctor would make the title a nice bit of misdirection, and would definitely pack a wallop that would keep Whovians talking until the anniversary special rolls around.

There are only two episodes of Doctor Who left this season, and this week’s Neil Gaiman installment will likely be a mostly self-contained story, so if the Ninth Doctor revelation is true and is going to be revealed before the special, it’s next week or nothing. Do you think the rumor is genuine? If so, will it have anything to do with Clara? She’s been the big mystery of the second half of the season, so it would make sense for her to play into this twist somehow, assuming it’s more than just hot air.

Either way, I’m even more intrigued than before to see the finale on May 18th.