Doctor Who Reveals The Writers, Directors, And Titles Of Every Season 8 Episode 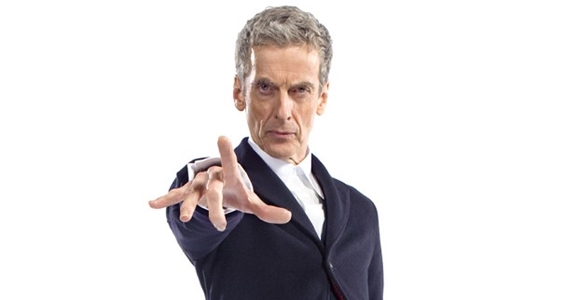 We’re officially less than a week away from new episodes of Doctor Who. Season 8 kicks off this Saturday, August 23, and there is sure to be many interesting things afoot over the course of the next dozen installments. Not only do we get our first proper introduction to Peter Capaldi’s version of the Time Lord, but if the report we heard yesterday is true, they will very likely be looking for a new companion to replace the departing Jenna-Louise Coleman, who will leave after the Christmas special. With so little time left until the season 8 premiere, the BBC has released a list of the writers, directors, and titles for each of the upcoming episodes.

Here’s the full list for your perusal, make of it what you will:

Episode 10: “In The Forest Of The Night”
Written by Frank Cottrell Boyce
Directed by Sheree Folkson

There’s not a whole lot to take away from this list. Of the writers, showrunner Steven Moffat is the name that obviously stands out. The rest seem like part of a stable of writers, many of whom have written for Doctor Who in the recent past, and the rest have a list of recognizable British shows on their resumes.

The director part of the equation is a similarly mixed bag, with the exception of Ben Wheatley. Helmer of such twisted, genre-bending titles as Kill List, A Field in England, and the upcoming adaptation of J.G. Ballard’s novel High Rise, Wheatley, who directs the first two episodes of season 8, is the perfect choice to usher in this new, darker version of the Doctor that we’ve heard so much about. I don’t think he could make something warm and fuzzy if he tried; even his pseudo road comedy Sightseers skews into some very troubling areas from the very beginning.

As far as actual information goes, the titles, while not offering much, provide the most fun bits of speculation. Some like “Listen” and “The Caretaker” don’t show too much, but how can you read a title like “Mummy on the Orient Express,” “Robot of Sherwood,” or “Time Heist” and not get at least a little bit excited. Based on the names alone, those sound like they have the potential to be a damn fine time.