Doctor Who Recap: Breaking Down Asylum Of The Daleks

Doctor Who returned for its seventh season this past Saturday, dropping The Doctor and his no-longer-former companions, Amy Pond and Rory, into the middle of an adventure involving the Daleks. Lots of Daleks. See, the angry little pepper pots had a problem they were too scared to deal with themselves, so they decided to kidnap and recruit the help of the entity so fierce that they had named it “the Predator of the Daleks.” Yep, that’d be The Doctor.

In addition to serving up an exciting standalone adventure, “Asylum of the Daleks” also introduced some hints at the future and at least one huge change to existing canon. Now that we’ve had some time to soak it all in, let’s run down the biggest moments and revelations from Doctor Who‘s seventh season premiere. 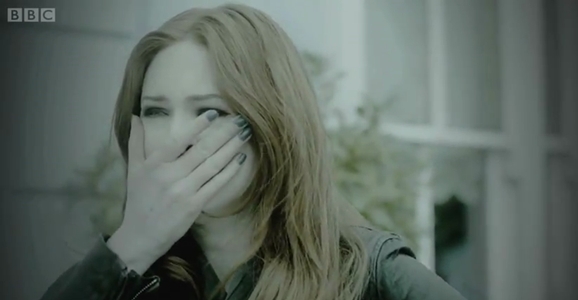 Rory & Amy’s Relationship Is On The Rocks
Well, that answers my question of what the Pond Life episodes were leading up to. After four eps that showed generally funny moments of the Ponds’ futile attempts at living a normal, Doctor-free life, the fifth and final episode ended on an ominous note. It appeared that the honeymoon was well and truly over between Amy and Rory, with Rory shown storming out and leaving Amy behind in tears. As “Asylum” reveals, things are definitely bad, with the pair planning to divorce. While the couple has a moment of reconnection while trying to survive the Asylum, it’s not clear if things will be “back to normal.” Given that their exit from the show is said to be a tearjerker, I’m thinking they’d better reconcile fast if they’re planning to… 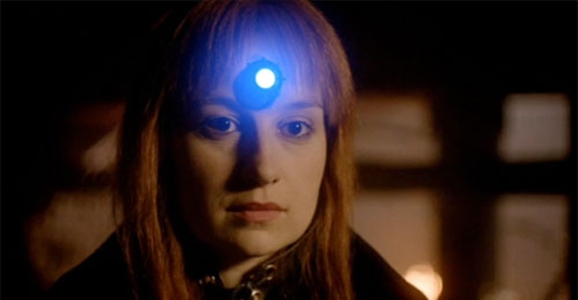 Daleks Can Convert Organics Into Their Servants…Or Even More
The biggest twist in “Asylum” is also one of the show’s most tragic revelations. After getting to know Oswin, a brilliant young lass whose computing kung-fu is able to save both The Doctor and the Ponds several times over during the episode, The Doctor has to break the news to her…she’s a Dalek. She hasn’t always been a Dalek, mind you. Her memories of crashing on the Dalek prison planet are genuine, but she’s blocked out the later memories and crafted a more pleasant fantasy to keep her sane. Her crewmates were converted into Dalek drones, slaves to the Dalek will. But Oswin’s fate was much crueler. They converted her entirely into a Dalek, leaving her living human mind trapped inside an inescapable metal prison. But as awful as it was to introduce us to a thoroughly likeable companion candidate, only to yank her away, we can take solace in one possibility… 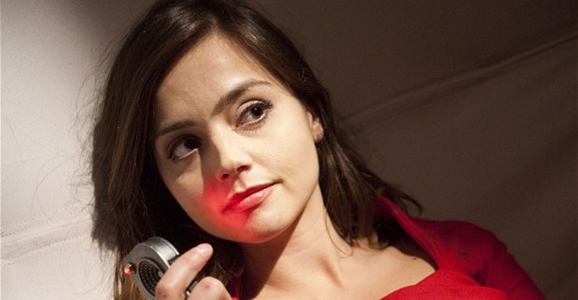 We Probably Haven’t Seen The Last Of Oswin
It seems awfully mean to spend an entire episode introducing us to a charming, whip-smart girl who Moffat seems to be positioning as The Doctor’s next travelling companion, only to remove her in dramatic fashion. Attentive Who fans will have noticed that Oswin was played by Jenna-Louise Coleman, the girl announced months ago as The Doctor’s next companion. In a rather brilliant bit of sleight of hand, Moffat introduces a character we will naturally assume The Doctor is going to rescue…and then he doesn’t. Is Oswin the same character as The Doctor’s soon-to-be-acquired new companion? Why spend so much time trying to make us fall for her if we won’t get any more of her? If Oswin is the new companion, how will that work? Will The Doctor recruit her from a different point in her timeline? And what are we to make of the fact that the new companion has been referred to before as Clara? Regardless of what the answers are, Coleman was cute, funny, and capable, so here’s hoping that Oswin was at least a personality template for “Clara.”

The Daleks No Longer Remember The Doctor
After dropping the floor out from beneath our feet with the Oswin revelation, Moffat then casually introduces a huge change to the existing state of the Doctor Who universe. For centuries, The Doctor has been at war with the Daleks, foiling their schemes so many times that they have named him “the Predator of the Daleks.” But even though her world was about to fall down around her, Oswin managed to save the day one last time: she hacked into the Dalek consciousness and completely deleted their memories of The Doctor. That’s a nice little twist that gave Moffat the opportunity to have the entire Parliament of Daleks begin chanting “Doctor who?” over and over again. The notion of erasing The Doctor’s legacy was the core idea of season six, and this season is said to be focusing on answering the question that must never be answered: “Doctor who?” This change will inevitably color any future encounters The Doctor has with the Daleks, and I’m betting Moffat will be exploring this theme again throughout the season.