It’s not going too far out on a limb to presume that many of you out there in Internet land spent part of yesterday watching the annual Doctor Who Christmas special, “The Last Christmas.” If you haven’t checked it out yet, don’t worry, I can’t possibly spoil anything about it, even if I wanted to, since I haven’t watched it yet either. For the last few months, there has been a great deal of talk about Jenna Louise Coleman’s future on the show. As you know, she plays the Doctor’s latest traveling companion, Clara, and since August or so there’s been back and forth talk that she was going to leave the show after the Holiday. We now know, however, that she’ll be around for a while longer.

The BBC confirmed that the 28-year-old actress will in fact be back for another go round, signing on through season 9. A while back, we learned that the 12th Time Lord, Peter Capaldi, is also set to return for this upcoming run, and this move keeps the pair intact. They definitely have a different sort of relationship than Clara did with the previous Doctor, then again, Matt Smith’s bouncy cartoon of a man is a substantially different sort of character than Capaldi’s version.

For her part, Coleman sounds excited and enthusiastic about what the future holds, saying:

It’s wonderful. I get a whole other series of stories with the Doctor and I couldn’t walk away with the story being unresolved. There is so much more to do. I think they’ve finally just reached a point where they really understand each other.

Each time the Doctor is reborn, it drastically alters the landscape of the show, which is a big part of why it has managed to stay fresh and connect with viewers for more than five decades now. And the latest incarnation is no exception to this rule. Coleman adds:

The arrival of the 12th Doctor has just kind of dropped this whole bombshell and allowed the dynamic to totally change, so I think just when Clara was feeling more comfortable in the relationship, it has suddenly thrown something new up.

From what we’ve heard, the two actors have a good working relationship and chemistry, and Capaldi, chiming in on the matter, had this to say, “I’m thrilled. Jenna has just been fantastic and such a pleasure to work with.”

We’ll have to wait and see what further adventures the Doctor and Clara have waiting in front of them, but it’s not time to say goodbye just yet. 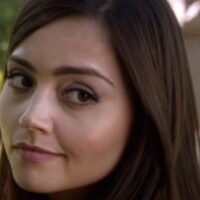 Jenna Coleman Was Originally Going To Leave Doctor Who, Get The Details Here 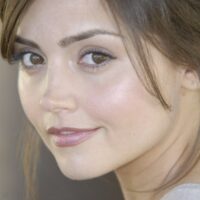 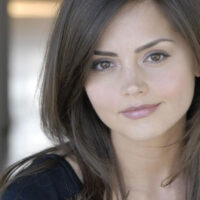 Marvel’s Blade: All We Know About The Reboot