The great thing about Doctor Who’s TARDIS is that it can travel anywhere in space and time. Even Salem, Massachusetts. That’s where Doctor Who fans recently rallied to save their very own local TARDIS from governmental busybodying…even though it turns out they didn’t need to.

Okay, so the Salem TARDIS doesn’t actually travel through time and space. It’s almost certainly not bigger on the inside than it is on the outside. No, it’s just a utility box made to look like the Doctor’s sweet ride. It was painted by Salem artist Amanda Dunham, as part of the city’s “ArtBox program.” The idea behind it is to spruce up the local utility boxes with some colorful creativity. So where did all the drama come from? 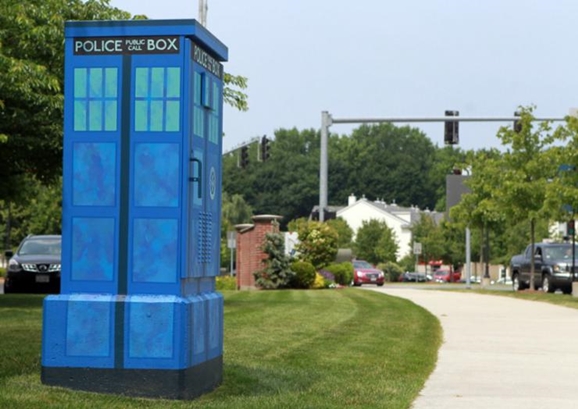 Dunham says she received an email from the city explaining that they might want to make a small adjustment to the box: erasing the word “police,” citing concerns that somebody might mistake it for a real police box. This raises several questions, not least whether anybody in Salem other than Doctor Who fans would know what the hell a police box is in the first place. Also, I’m now imagining panicked Salem citizens pulling a Wile E. Coyote and sprinting into the “doors” full speed. The entertainment value alone would make this a worthwhile project.

At any rate, somehow word that the box might get repainted got out and began spreading. Somewhere during this person-to-person game of telephone, the rumor morphed into the city planning to repaint the box entirely. Local Doctor Who fans did what irate fans always do in this digital age: they started an online social media campaign to “Save the TARDIS.” (Sadly, the clock tower could not be saved.) Mayor Kim Driscoll, presumably tired of finding flaming Daleks on her front porch, eventually stepped up and explained that the situation was all just a misunderstanding.

And for those of you wondering why Dunham decided to spruce the utility box up like the Doctor’s iconic vehicle, here’s her explanation:

’I started thinking of something that would be significant to Salem, and the TARDIS is a time machine. It invokes the past and present,’ said Dunham. ‘Salem being a place of historical importance, as well as a new (growing) art scene, it’s not just about the past, it’s about the present.’

That “historical importance” obviously has to do with the city’s infamous witch trials, which makes me think of an entirely different bit of British pop culture… 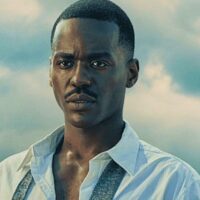