Divergent Image Jumps Down A Hole 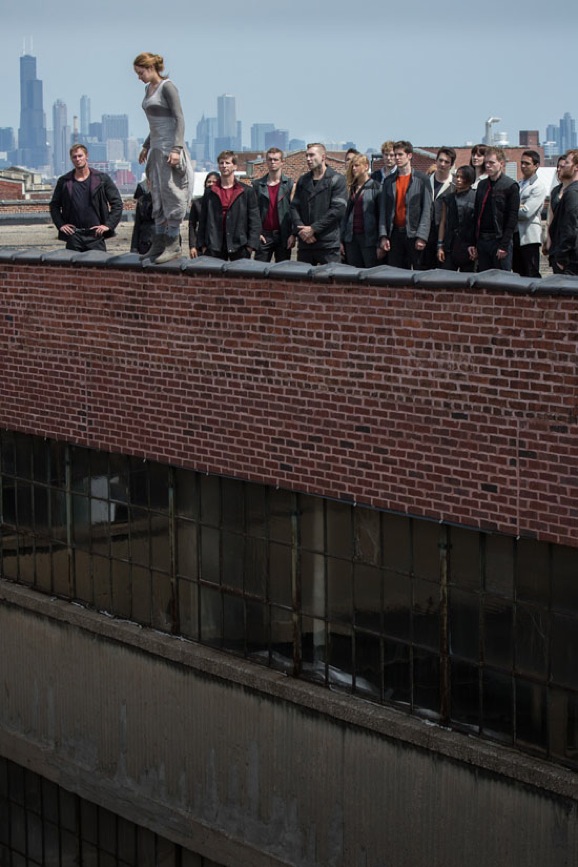 Well, doesn’t this look harrowing? There’s nothing quite like standing on the edge of a tall building while a dozen or so of your compatriots wait around for you to go splat. That’s exactly what this latest image from the upcoming sci-fi film Divergent looks like.

The image shows star Shailene Woodley (The Descendents) poised on the lip of a tall building. Maybe it isn’t a skyscraper, but it’s tall enough to do the job. According to The Hollywood Reporter, this is part of an initiation ritual for her character, Tris Prior. She apparently has to face this challenge—jumping into a big, dark hole—in order to join the brave, or Dauntless, faction. This looks like a clear-cut case of hazing, like she’s pledging a dystopian fraternity. And this is after we’ve already seen photos of Tris having knives thrown at her head.

Based on the best-selling novel by Veronica Roth, Divergent is Summit Entertainment’s bet to become the next Hunger Games. The story certainly has all the pieces in place to be a hit. It’s an adaptation of a much-loved book, it has a strong female protagonist battling against oppressive forces, and it features tons of harrowing adventure. Hell, the movie already has a sequel in the works.

In the future of Divergent, everyone is segregated by personality type, and must join one of these factions. Those who don’t fit anywhere are classified as Divergent, and all lumped together. Thusly categorized, Tris stumbles onto a plot to kill off the Divergents, and must discover what it is that makes them so dangerous and threatening in the first place. 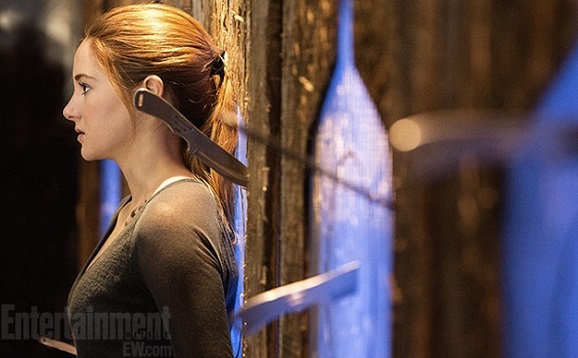