Director James Cameron Says Avatar 4 Will Be A Prequel

Director James Cameron has yet to start production on the two sequel films to his groundbreaking 2009 film Avatar, but he’s already thinking about what a fourth Avatar film will be like. If the next two films explore the oceans and surrounding planets of Pandora, respectively, Cameron says a fourth film could serve as a prequel film.

In an interview with MTV, the visionary director talked about a possible fourth film in the Avatar series. Although nothing is official yet, a smart businessman/explorer/director like James Cameron is always thinking about expanding. “I haven’t really put pen to paper on it, but basically it goes back to the early expeditions of Pandora, and kind of what went wrong with the humans and the Na’vi and what that was like to be an explorer and living in that world,” said Cameron.

From the sound of things, James Cameron may be following in George Lucas’ footsteps and forging a genuine deep space franchise.

Because when we drop in, even in the first film in ‘Avatar 1,’ as it will be known in the future, we’re dropping into a process that’s 35 years into a whole colonization. That will complete an arc and if that leads into more, we’ll start, not imitating ‘Star Wars,’ but it’s a logical thing to do because we’ll have completed the thematic arc by the end of three. The only thing left to do is go back to see what it was like on those first expeditions and create some new characters that then become legacy characters in later films. It’s a plan.

While there is no official plan for Avatar 4 at this time, it’s good to see the possibility is there. James Cameron has recently moved to New Zealand to start pre-production on the two Avatar sequels, which he will be shooting concurrently. The first sequel is due in theaters sometime 2015.

Cameron’s long-time producer Jon Landau recently discussed what Cameron might work on after the Avatar films, namely a live-action adaptation of the popular Japanese manga Battle Angel. But if Cameron decides to make Avatar 4 instead, there’s no telling when or if Battle Angel will begin production. 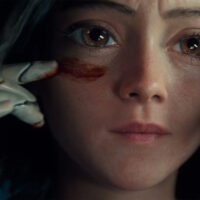