David Tennant will forever be associated with his role as the Tenth Doctor on Doctor Who, but he’s already added several memorable performances to his resume in the years since he left the TARDIS. He was the best part of the Fright Night remake, and he played the lead in both the British original and American version of the same show (Broadchurch, resurrected on Fox as Gracepoint). Now he’s checking another huge item off his bucket list: he’s joining the Marvel Cinematic Universe, and in a very un-Doctor-like role.

Marvel has announced that Tennant will be joining A.K.A. Jessica Jones, the upcoming Marvel/Netflix series starring Krysten Ritter and Mike Colter. Ritter is playing the titular lead, a former superhero turned private eye, and Colter will romance Jones as Luke Cage before stepping into his own Netflix series later. So who is Tennant going to be? He’ll be playing Zebediah Killgrave, a.k.a. the Purple Man. And if you read Brian Michael Bendis’ Alias run, on which the show is based, there’s a good chance you just involuntarily muttered, “Holy shit!”

Primarily known as a Daredevil villain, Killgrave has the power of mind control and a distinctive skin condition that gave him that whole “Purple Man” moniker. He crossed paths with Jones while she was still playing the superhero game as the costumed hero Pulse, at which point he used his powers to make her his captive for months, torturing her psychologically and sexually, before sending her to kill Daredevil. Thankfully the Avengers knocked her out and were able to figure out that she had been brainwashed. Nevertheless, the experience left Jones so traumatized that she abandoned her superhero identity and went into business as a private detective whose cases often cross over into the world of capes and spandex. Needless to say, the Purple Man storyline in the Alias comics was very dark indeed, and should give Tennant the chance to really stretch his acting muscles by playing totally against type. This is more than just playing a bad guy, this is playing a bad guy who does truly reprehensible things, well beyond the typical comic-book nonsense like vaporizing the White House with a death ray or whatever. I imagine there will be some Doctor Who fans who tune in just to see Tennant and then wind up sobbing in a corner in the fetal position. I can’t wait to see him dig his teeth into the role.

A.K.A. Jessica Jones was developed for Netflix by executive producer/showrunner Melissa Rosenberg (The Twilight Saga). In Marvel’s announcement about Tennant’s casting, Rosenberg said:

I’m so honored and excited by the prospect of David inhabiting this multifaceted character. He can deliver the most heart-wrenching moment to the driest of lines, and all points in between. He’ll make Kilgrave a truly original villain.

Anyone familiar with David’s work knows he brings an incredible level of dedication to any role he inhabits, a level we knew we would need from the man playing Kilgrave. While most know him for his roles as a hero, we can’t wait to unleash a whole new side of this talented actor.

Marvel’s A.K.A. Jessica Jones is slated to premiere sometime in 2015 on Netflix, following the Daredevil series that debuts on the streaming service on April 10. The Luke Cage show will follow, and then a Power Fist series, before all of the Marvel/Netflix heroes will team up in a Defenders miniseries. 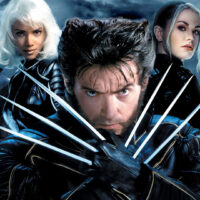 The X-Men Movies Aren’t Marvel, Now They’ve Been Rebranded As This