This Is What Darth Vader Originally Sounded Like, It’s Weird

The word iconic is thrown around a little too liberally, but when it comes to Darth Vader, perhaps the greatest villain in all of film, that’s the most appropriate description we can come up with, nothing else fits. Everything about the Star Wars baddie is emblematic, from his sleek, black look all the way down to his lightsaber and the way he moves. And his voice, oh that voice. It’s damn near impossible to think of Vader and hear the deep, raspy rumble of James Earl Jones. His is one of the most recognizable vocal performances of all time, but it wasn’t always the case. Check out this video to hear what Darth Vader, the man with the most authoritative vocal chords in the whole galaxy, originally sounded like. It’s not what you expect.

When George Lucas was filming Star Wars, what Vader sounded like was still up in the air. For such an important character, hitting on just the right voice was both a necessity and a challenge, and one the production didn’t have a handle on right away. During shooting, David Prowse, the bodybuilder who wore the distinctive suit, was the one delivering the lines from the script and working with the other actors.

As this video states, Lucas never intended to use Prowse’s vocals, but they needed something for the performers to react to, and to indicate where to dub, so, for a while anyway, that muffled British accent is what they had to work with. And it’s really weird to hear. Jones’ voice is so synonymous with the character that it’s damn near impossible to imagine it any other way, and hearing it like this is surreal and a little bit uncomfortable. There’s something about it that reminds me of the vaguely over the top Nazi villains from Raiders of the Lost Ark and Indiana Jones and the Last Crusade. Prowse apparently didn’t know that he was going to be dubbed over, which is kind of sad, but when you hear the before and after and compare for yourself, you know they made the right decision, no question. One of Lucas’ original ideas was to have Orson Welles provide the voice, which could have been amazing, but he worried that was too recognizable, and went with Jones, who was much less known at the time. It’s interesting to note that Jones, an actor who is also so very, very connected to his voice in the public consciousness, was a stutterer. Like so many with speech disorders, he has very obviously put a lot of work into his vocal work. 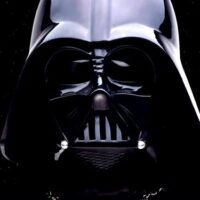 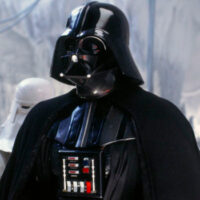 Darth Vader, Or At Least The Actor Who Played Him, Wants To Return For Episode VII 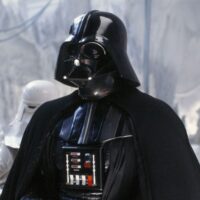