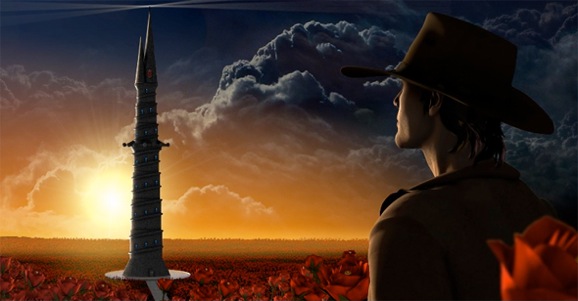 The saga of brining Stephen King’s sci-fi fantasy western The Dark Tower to life on the big screen is almost as epic and sprawling as the story itself. The process has gone on for years, full of starts and stops, false hopes and disappointments. Now it seems that we will finally have an answer one way or another on the future of The Dark Tower.

Deadline reports that Akiva Goldsman (I Am Legend, Fringe) is going to give Warner Bros. a script for the first installment of the chronicle. Within two weeks the studio will make a decision on whether or not to move forward with the ambitious adaptation.

Everything is not always so simple. Even if the studio proceeds with the project, there is another issue to contend with. Javier Bardem (Skyfall) has long been attached to play the lead, the gunslinger named Roland Deschain. According to the report that is no longer the case. However, director Ron Howard and producer Brian Grazer have been talking to a replacement, Russell Crowe. The Academy Award-winning Aussie worked with the duo on A Beautiful Mind.

The Dark Tower spans a series of novels, comic books, and games. In keeping with this tradition, the adaptation would also involve multiple media platforms. As it stands, the series would encompass three feature films and a pair of limited run television programs.

Deschain is sort of modern knight, the last surviving member of an order of gunslingers. Driven on with a single-minded purpose of finding the Dark Tower, which is supposedly the very center of existence, Deschain roams various realms and times. On his Arthurian quest, he encounters friends and enemies, and settings that resemble the American West. The narrative combines elements from a variety of genres, and includes traces of fantasy, horror, science fiction, westerns, and more.

After a long, strange journey, one that at times resembles the novels, we may finally have an answer about the fate of The Dark Tower.