With E.T. coming to Blu-ray this week, I imagine fans are celebrating in a lot of different ways. Maybe they’re hosting a viewing party with some old friends. Maybe they’re getting blitzed with an E.T. drinking game (“I’ll be right beeeeeeer.”) Maybe they’re introducing the movie to their kids.

And then there’s this guy.

Yesterday Brent posted a Star Wars/30 Rock mashup story and I wondered if there were any two things that would fit together less elegantly than Star Wars and 30 Rock. Today I have my answer.

In all honesty this is a joke that pretty much wears out its welcome after about three seconds once you realize what’s going on, but there are two specific things that I love about this video:

1) After the restaurant worker tells him she can’t understand him, he drives up to the window…which appears to be half a mile and at least one free-standing building away from the order box.

2) At the 0:55 second mark, he realizes there’s nobody at the first window and drops the Stone Cold accent entirely long enough to ask his friend with the camera “This window?” Points detracted for not staying in character, sir! 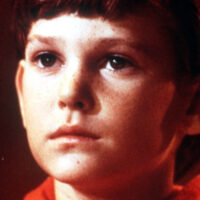