I’m a huge Rob Thomas fan, with Veronica Mars and Party Down in my upper echelon of favorite TV series. I am, however, a little wary about his next project, the horror-tinged dramedy iZombie, due to the major changes made to the comic book source material. That said, I’m still going to feast on it like nobody’s looking, but I won’t be one of the first to see it, as Warner Bros. Television will debut the pilot/premiere episode at the San Diego Comic-Con 2014 later this month. Brainy move, Warner Bros.

iZombie will play a part in Warner’s Preview Night, set to occur on Wednesday, July 23, and also includes the pilot screenings of The CW’s The Flash, NBC’s Constantine, and Cartoon Network’s Teen Titans Go!. Fans will be pleased to know that Thomas and co-executive producer Diane Ruggiero-Wright (Veronica Mars) will host a Q&A session on Friday, July 25, which will also include stars Rose McIver (Once Upon a Time), Robert Buckley (One Tree Hill), Malcolm Goodwin (Breakout Kings), and Rahul Kohli. The press release says that there’s a screening before the Q&A, but the schedule only allots an hour, so maybe it’s a short Q&A presentation.

iZombie, loosely based on Chris Roberson and Michael Allred’s Vertigo series, follows Liv Moore (McIver), a mid-20s med student whose life falls off track when she turns into a zombie. She takes a job with a coroner’s office for easy access to brains, and finds that she then gains access to that person’s memories. Along with her boss, Dr. Ravi Chakrabart, and a local detective who thinks she’s a psychic, Liv solves homicide cases so that she can release herself of the memories of each person and give her (un)life meaning again.

It sounds right up Thomas and Ruggiero-Wright’s cooperative alley, and it’ll be interesting to see how dark it gets. The Comic-Con premiere is quite an advance look at the show, as it’s a midseason addition, which probably means mass audiences won’t get to see it until the beginning of next year. iZombie isn’t the only sci-fi CW show getting attention, though it’s the only one screening anything. The 100, which begins its second 2 in October, will have its own Q&A presentation a few hours after iZombie, with developer/executive producer Jason Rothenberg joined by unspecified cast members. There will also be a “special video presentation,” but we have no idea what that means. Maybe a transmission of some kind from someone. No spoilers and whatnot.

Warner Bros. is presenting many more series at Comic-Con 2014, though superhero fare like Fox’s Gotham takes top billing. Personally, I think I’m more interested in Adult Swim’s animated series Mike Tyson Mysteries, which stars Tyson as a former boxer who solves mysteries. It can’t miss! There’s got to be a way we can label that as sci-fi. 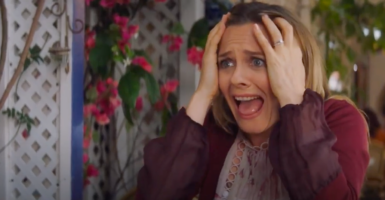