Cross The Streams: Join Buckaroo Banzai On A Galaxy Quest To A Dark City

Daylight savings time is here. It’s getting dark sooner, so there’s no point in going outside, right? All you want to do anyway is get inside to stream this particularly awesome assortment of sci-fi fare. And even if you’re too busy farming, you can just watch something on your mobile device. 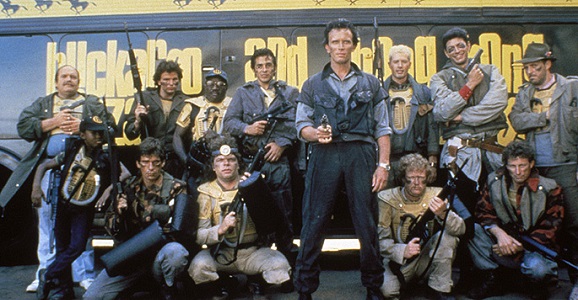 The Adventures of Buckaroo Banzai Across the 8th Dimension (Netflix Instant)
A love-it-or-hate-it film that will probably see more adoration on this website than others, Buckaroo Banzai is a cult classic in the purest form. With a plot that involves Peter Weller’s surgeon/physicist/rock star bringing aliens into the world and having to destroy them, along with a high-grade bunch of ragtags, this is a mindbender of the highest order. There are maybe five minutes in this movie that aren’t driven by badass imagination and wackiness, but even those are damn awesome. We still somehow never got to see Banzai take on the World Crime League, nor did Yakov Smirnoff ever become the National Security Advisor. In present-day America, 8th dimension opens you. 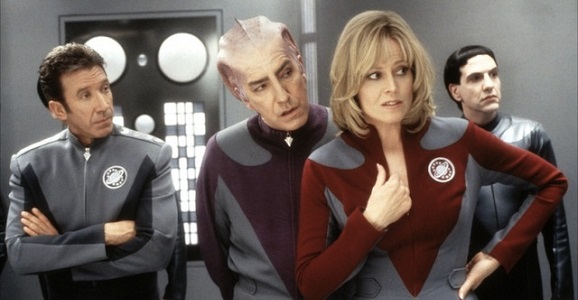 Galaxy Quest (Amazon Prime)
Galaxy Quest is film that doesn’t often come up in spoof conversations since it bypassed such a label by simply being so damned good. One of the more unlikely team-ups in cinema — Tim Allen, Alan Rickman, Sigourney Weaver, Tony Shalhoub, and Sam Rockwell — breaks the fourth wall into the final frontier of parodies, mocking Star Trek with respect, even beating out half of that franchise’s films as a fan-favorite Trek film. It’s been years since I’ve watched Galaxy Quest, but I might just put it on while I write the rest of this article. 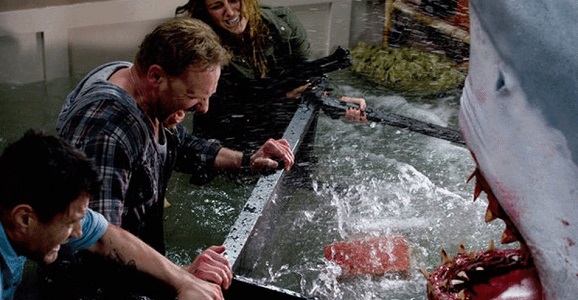 Sharknado (Amazon Prime)
Can I tell you anything about Sharknado that you don’t already know? There are sharks, there’s a ‘nado, and, most importantly, there’s Ian Ziering. It’s on Amazon Prime now. What the hell are you waiting for? 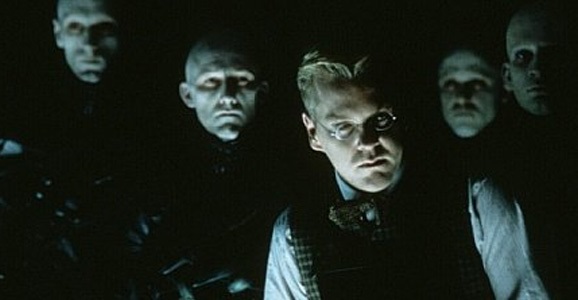 Dark City (Amazon Prime)
Alex Proyas will never make a better, or a cooler, film than 1998’s Dark City, which features one of the most beautiful, and least pleasant, dystopias ever put to film. While I don’t usually get into films with telekinesis and soul gathering, this was one of the best films the ‘90s had to offer, and woefully under-appreciated by the general public. At least I think it was. Maybe it’s just the Strangers making up my mind for me, I can’t tell anymore. 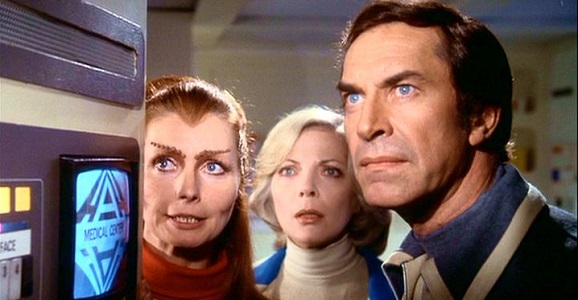 Space 1999, Fireball XL5, and UFO (Hulu)
This set will delight fans of Gerry and Sylvia Anderson’s entire body of work, as well as those who didn’t know they did anything besides Thunderbirds. (They’ll recognize his techniques in the marionette-driven Fireball.) Both the 1970s shows UFO and Space: 1999 are classics in their own right, and are slightly related — the latter being born of an idea for an unproduced second series of the former. British people know how to rock small-screen sci-fi and puppets. 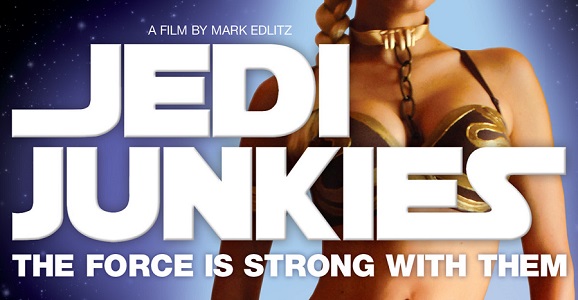 Jedi Junkies (Netflix Instant)
Are you a Star Wars fan? How big? Do you think you could make it into this fan-based documentary, which takes viewers into all manner of obsessive fanaticism? With appearances from Ray Park, Peter Mayhew, and Olivia Munn, this doc isn’t very meaty, but sometimes the best entertainment fluff isn’t. I said that in a Yoda voice. 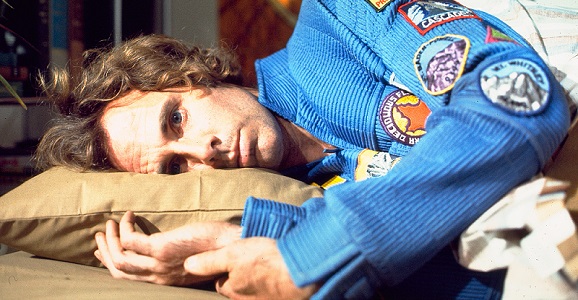 Silent Running (Netflix Instant)
This influential 1972 film from special effects master Douglas Trumbull features Bruce Dern as a space botanist who, after Earth has become completely plantless, tries to save some of the last vegetation from our homeworld. It’s a great example of how well sci-fi and environmentalism can work together without coming off as preachy, unlike that cut of An Inconvenient Truth where Al Gore wears an alien costume the whole time. 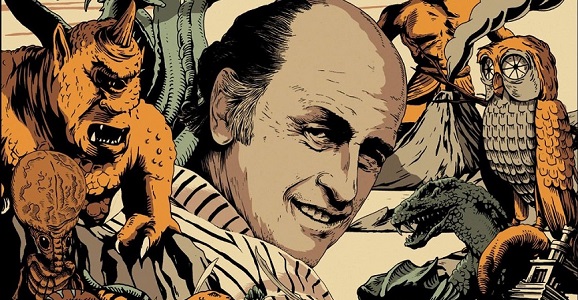 Ray Harryhausan: Special Effects Titan (Netflix Instant)
Ray Harryhausen, who died earlier this year, was a stop-motion genius, responsible for some truly iconic imagery over the last century. His resume includes the likes of Mighty Joe Young, Earth vs. the Flying Saucers, and Jason and the Argonauts, among so many others. This documentary captures his talents and drive, which itself should get a stop-motion version. 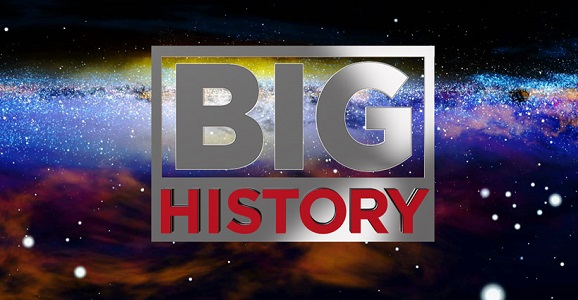 Big History (Hulu)
Narrated by Breaking Bad‘s Bryan Cranston, this interesting series isn’t so much about science fiction, but this H2 series delivers a science-y look at many things we take for granted, like salt and horses, the only two episodes that have aired so far. It’s a fresh take on info-tainment, and future episodes are scheduled to focus on flight, megastructures, and brain boosting.

And if you’re really desperate and have nothing against watching dogs in astronaut helmets, there’s always Space Buddies on Netflix Instant, but I can’t guarantee you won’t die from alcohol poisoning. Be safe, everyone. See you next time. Arf arf.