Cloud Atlas, the new film from directors Lana and Andy Wachowski (The Matrix) and Tom Tykwer (Run Lola Run), has one of the most ambitious plots you’re likely to come across. Based on the best-selling novel by David Mitchell, Cloud Atlas is a sprawling story that spans historical epochs—from the distant past, well into the future—and encompasses the entire globe. If the early reviews from the Toronto International Film Festival, where the movie premiered, are any indication, this is certain to be one of the most divisive cinematic experiences of the year. There’s a lot of love, but also a lot of hate. 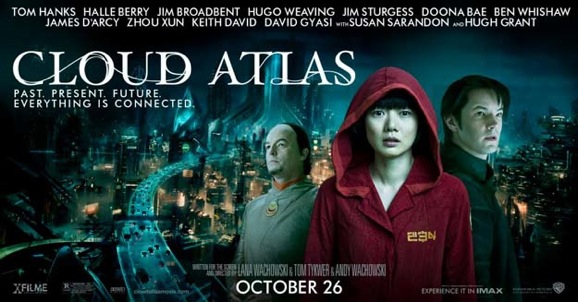 Cloud Atlas opens wide in theaters on October 26th, and Warner Bros. has released seven new banner posters. Each one features a few of the famous faces in the all-star international cast, and each one gives you a look at a different moment in time.

The main point of the film is to illustrate how everything is connected, and to show how lives and actions echo throughout time. “Action, mystery and romance weave dramatically through the story as one soul is shaped from a killer into a hero and a single act of kindness ripples across centuries to inspire a revolution in the distant future.” 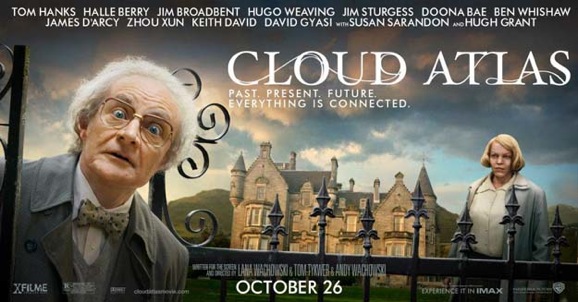 These posters are slick and pretty, which you would expect from a film of this stature. I am, however, a little disappointed that they don’t have one that features the crazy, post-apocalyptic, Road Warrior looking guys. If you’ve checked out some of the early images from Cloud Atlas, you’ve probably seen Hugh Grant decked out like some sort of badass future tribesman. 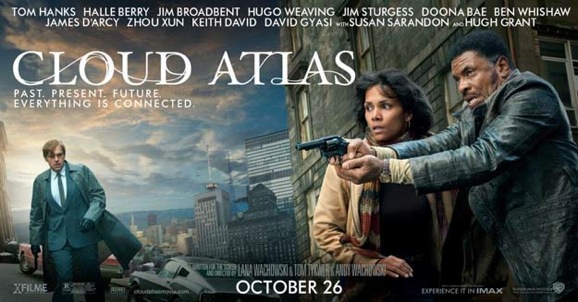 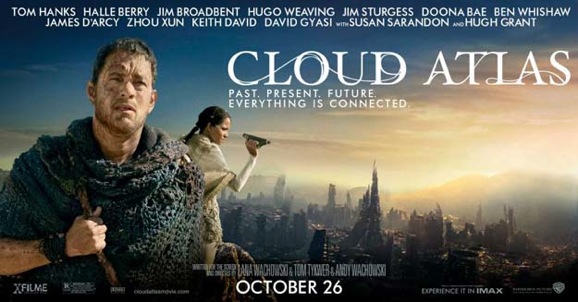 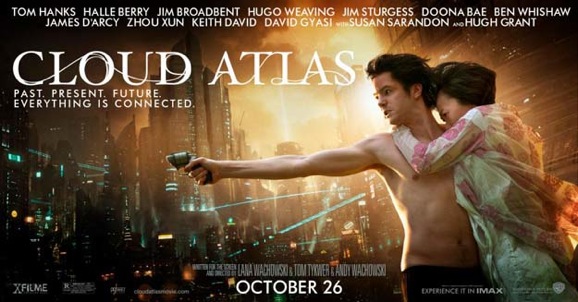 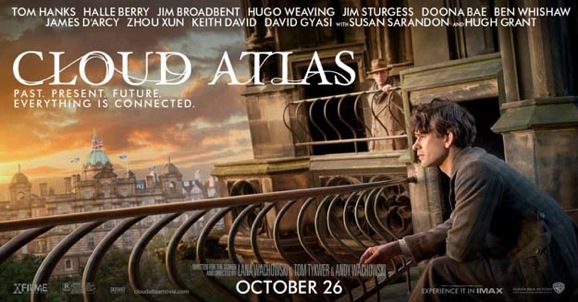 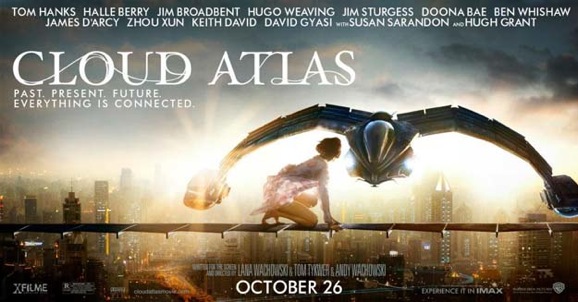