Check Out This Indonesian Sci-Fi Short Film, The Escape

Maybe it’s just the specific films I happen to stumble across in my rather limited scope of interests, but it certainly seems that of the really interesting, memorable shorts out there, most of them are sci-fi based. Again, a skewed sample set is a likely reason for this, but as technology constantly improves and becomes more accessible, it takes less manpower and fewer resources to pull off quality visual effects. For example, take this new short, The Escape, from Enspire Studio out of Indonesia.

Admittedly The Escape doesn’t offer much in the way of story, character, or narrative. It is really little more than a lone action scene, primarily composed of, you guessed it, an escape. A woman is on the lamb from some forces you never actually see. In her possession she has a device that, when triggered, transports her to a world that looks like something out of a Final Fantasy game. There’s never any discussion of what the device is, what it does, or to whom it belonged, but you do get the distinct impression that the protagonist stole it from whoever is after her.

The founders of Enspire boast a resume that includes effects work on movies such as Transformers: Revenge of the Fallen, both Iron Man films, and Star Trek, among others. Visually, the bulk of The Escape combines a slew of big name sci-fi influences. There’s a little Tron, some Blade Runner, a bit of The Matrix, and what the hell, why not throw in a dash of gritty comic book noir aesthetic for good measure?

The Escape isn’t groundbreaking, breathtaking, or something you need to watch more than once. Quick and to the point, it is, however, worth checking out that first time. At only three minutes, what have you got to lose? 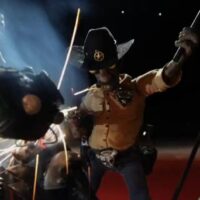 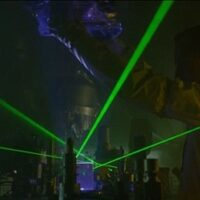 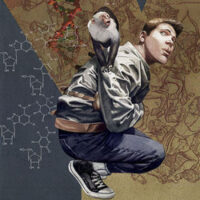 Y: The Last Man Fan Short Hints At What A Feature Film Could Be Like