Here are my five favorite things in the world, in no particular order.

For the 23rd annual resurrection of Universal Orlando’s Hollywood Horror Nights, Drew Goddard is working with the theme park to bring his 2012 hit The Cabin in the Woods to fans in an entirely different way: as a haunted maze. One of the coolest horror movies to come out in quite some time, Cabin is filled with locations that will lend themselves well to a scare-filled exploration. I think I squealed a little bit when I first heard about it, even though I know damned well I won’t be making it to Orlando this Halloween. So I’m living vicariously through those of you that do. Be sure and keep us fed well.

“We are building the cabin completely, said Universal Orlando Entertainment Team member Michael Aiello. “You’re going to walk through a forest to get there. You’re going into the cabin. You’re going to go into the cube cells. We’re literally taking everything we can in the film and giving you a kind of best-of montage of the film with this kind of linking story.”

“You’re going to be in the control room when merman attacks.” Gah, that’s the kind of sentence that really sticks with you through the rest of the year, you know what I mean? Like, “I’m pregnant,” or “You’re under arrest.”

The maze will follow a parallel plotline to the film’s narrative, which Goddard and the Universal team are currently pounding out. Maze-goers will be the newly hired Facility agent, who tours the entire area, seeing many of the film’s more iconic scenes from a different perspective. Because the monster round-up near the end of the film is what got a lot of fans talking, expect there to be a shitload of those guys, as well as some of Universal’s own creatures. The more the merrier…scarier. The more the scarier. Yessss.

The maze will run from September 20 through November 2, 2013. (And if the maze doesn’t make you soil yourself, check out the new Transformers ride.) 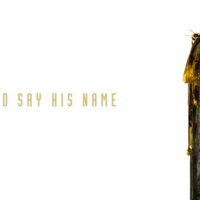