There’s a good chance you might not know off the top of your head who Robin Sachs is. If you heard his voice, though, it would click immediately. If you saw his face, you’d think, “Of course!” Sachs had a long and varied career that included many beloved sci-fi/fantasy properties, and so today we at GFR tip our hats in honor of a truly talented gentleman, a fellow who gave us Ethan Rayne on Buffy the Vampire Slayer and Zaeed Massani in the Mass Effect games. Robin Sachs has passed away at the age of 61.

If you’ve watched sci-fi/fantasy television during the past 20 years, you’ve almost certainly seen or heard Sachs’ work. Probably his most recognizable role — at least for people like us — was as the delightfully villainous Ethan Rayne on Buffy the Vampire Slayer. But even beyond Buffy, he’s been a regular part of the SF landscape for decades, lending his talents to shows such as Alias, Star Trek: Voyager, and Torchwood: Miracle Day. He also went under makeup to play numerous roles on J. Michael Straczynski’s Babylon 5, including Minbari and Narn characters such Na’Tok, Hedronn, and Warleader Na’Kal.

On the big screen, he appeared in films such as Galaxy Quest, The Lost World: Jurassic Park, and Ocean’s Eleven.

Sachs also lent his unmistakable voice to the gaming world, voicing the crusty bounty hunter Zaeed Massani in the second and third Mass Effect games, as well as providing voices in BioWare’s Dragon Age: Origins and in one of the best Star Wars games ever, Star Wars: Knights of the Old Republic.

The tragic news of Sachs’ passing appeared on his official website, which posted a brief note that suggested his death was sudden and unexpected. We here at GFR send our thoughts and sympathies to his friends and family. We’ll see you beyond the Rim, sir. 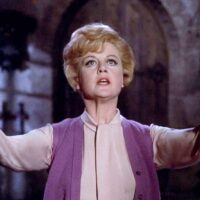 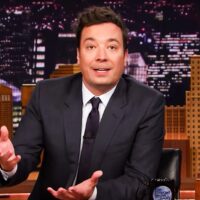 A Ghostbusters Star Has Died