British Sci-Fi Flick The Last Scout Gets A Poster 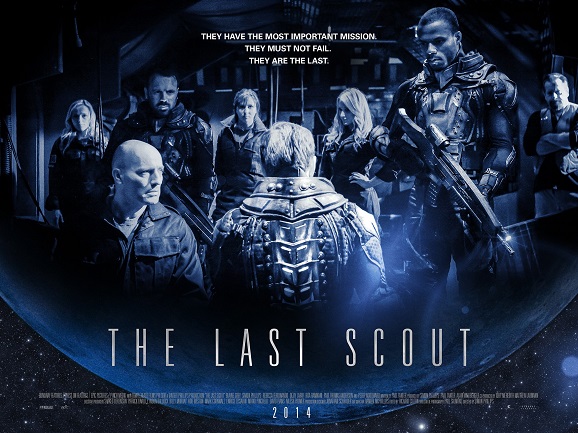 Europa Report isn’t the only indie sci-fi film going to space in the next year. We now have our first look at the upcoming British production The Last Scout, which has the wordy tagline “They have the most important mission. They must not fail. They are the last.” Cue the ambient electronic noises. And while we’re at it, let’s cue up Alfonso Cuarón’s Gravity.

The Last Scout – which automatically brings to mind Bruce Willis and Damon Wayans – is the second directing gig from British actor Simon Phillips, after the 2012 crime drama G.B.H.. The screenplay was written by Paul Tanter, who worked with Phillips on the trilogy of crime films Jack Says, Jack Said and Jack Falls, which some of this film’s actors were also involved with. Small world, right? Well, in this film, it’s a fairly non-existent world.

A team of astronauts is tasked with finding humanity a new home somewhere in the cosmos after the Earth was demolished by a widespread nuclear war between the East and the West. With a budget of only $500,000, this will hopefully be a cerebral exercise rather than some kind of an action romp with terrible effects. Beyond Phillips, it stars a list of relative unknown to American audience, though Peter Woodward was in a the Babylon 5 spinoff Crusade. Rita Ramnani, Rebecca Ferdinando, Deji LaRay, Paul Thomas Arnold, Petra Bryant and Blaine Gray also star.

The film just finished a four week shoot in L.A. and is planning for a February 2014 release in Britain. For now though, there is no planned U.S. release date.