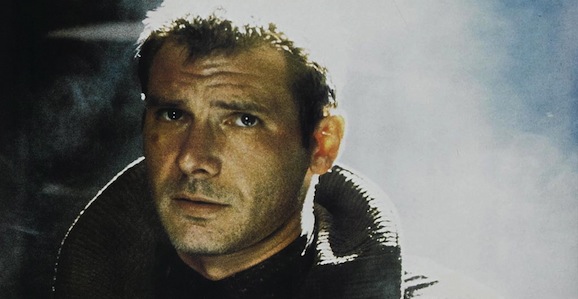 Most, if not all of us have trouble with the idea of Blade Runner 2 happening. It’s been more than 30 years since Ridley Scott delivered one of the greatest sci-fi films of all time, and sequels that happen this far after the fact, well, lets just say they can be hit and miss. Still, it’s been in the works for years, especially the last few, and it is expected to shoot in 2015, but we just received word that two major parts may not play as major a role as we expected, as Scott and star Harrison Ford’s level of involvement just took a drastic nosedive.

Scott is on the publicity trail, stumping for his upcoming biblical epic, Exodus: Gods and Kings, and talking to Variety the subject of Blade Runner 2 came up. That is where he said he won’t direct the film. Though this is hardly surprising—with movies like The Martian, which is scheduled to begin filming later this year, and Prometheus 2 on the horizon, he’s going to be busy—it’s difficult to imagine anyone but Scott at the helm of a Blade Runner movie. Though James Cameron directed Aliens, the sequel to Scott’s 1979 classic Alien, and that turned out pretty well, so who knows.

There’s no word on who might step into the role, but Scott does say he’ll remain in the picture in a producing capacity. He’s also been very hands on working on the script with Hapmton Fancher, the screenwriter of the original, which is a loose adaptation of Philip K. Dick’s novel Do Androids Dream of Electric Sheep?. So you can expect his fingerprints to remain all over this regardless of who directs.

And then there’s Harrison Ford. The 72-year-old actor, who just finished filming J.J. Abrams’ upcoming Star Wars: The Force Awakens, has said he’s down to return if the story is right and it fits into his schedule of breaking limbs on set. His Rick Deckard is in fact back in the script, but maybe not how you imagine, and definitely not as soon. Scott says:

We talked at length about what it could be, and came up with a pretty strong three-act storyline, and it all makes sense in terms of how it relates to the first one. Harrison is very much part of this one, but really it’s about finding him; he comes in in the third act.

So if the story of Blade Runner 2 involves a prolonged search for Deckard, it sounds a little like what we’ve heard about The Force Awakens, that it revolves around a search for Luke Skywalker. Interesting coincidence.

So what do you think of that, a Blade Runner not directed by Ridley Scott and only involving Harrison Ford in a diminished role? Are you on board? Are you glad that they’re shaking it up and going a different route? Or do you just want them to stop? Let us know in comments below.