Bioware’s Mass Effect team may be turning their gaze toward the inevitable fourth game — not to mention a new generation of consoles — but they’re still not quite finished with Mass Effect 3. They’ve put out several major DLC expansions since the third game of the trilogy released last spring, and word is that they’ve got something big planned for the next set. Now executive producer Casey Hudson and producer Mike Gamble have released two new images to tease fans about things to come.

First up, Hudson tweeted the following pic, along with the message, “Looks like a nice place for some R&R…” 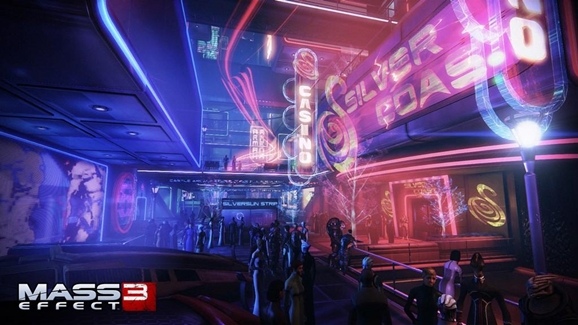 Last month, designer Joe Hendriks said that “pretty much every ME3 DLC writer” in Edmondton was working on the new release, and word is that several voice actors have returned for the new content, including Seth Green, who voices wiseass pilot Joker. Composer Sam Hulick is also working on the unannounced DLC, saying that it has “high potential for tears.”

One early rumor suggests that the content will be set in part on the Citadel, so it seems quite likely that the casino pictured above may be from a part of the massive space station we haven’t seen before.

The second image features a pissed-off Krogan smashing things (is there any other kind?). Gamble tweeted the pic and said, “Does not look like a guy you’d want to mess with.” 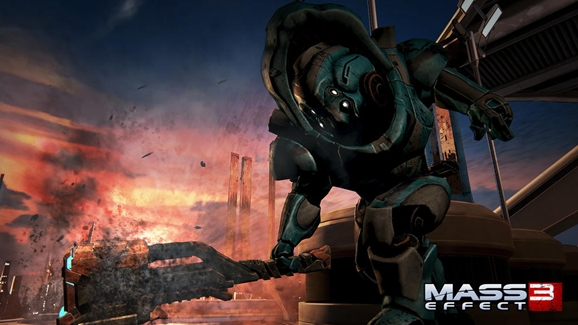 The new DLC hasn’t been officially confirmed or dated yet, but we’ll let you know when it is. There’s also no word on whether this will be the final DLC for Mass Effect 3, but if it is, it at least sounds like they’re going out with a bang.