BBC America has teamed with Canada’s Space channel to develop an original science fiction adventure series called Orphan Black. The show will join BBC’s popular “Supernatural Saturday,” the programming block that includes the likes of Doctor Who and the original version of Being Human. The show, created by Graeme Manson (Flashpoint) and John Fawcett (Spartacus), will mix mystery, action, and sci-fi.

Orphan Black is the story of Sarah, an orphaned loner who lives by her wits. When she witnesses a suicide, Sarah decides, hey, I kind of look like that lady, I might step in there and take over her life. While living it up on a dead woman’s dime, Sarah makes a discovery—she and the woman are clones. Digging a little deeper Sarah discovers that she isn’t the only one. Other clones have been placed in separate homes, raised by different families in disparate situations. Sarah has no idea who created all of these clones, or why, but she better damn well hurry up and find out because they’re all being killed off one by one.

Perry Simon, general manager for BBC Worldwide, says Orphan Black, “promises to be a genre game changer. Move over zombies—send in the clones.” Who knows if the show will make a dent in the massive popularity of the undead on television, but this sounds like an idea with some potential.

Somehow I imagine Orphan Black as a falling into the same vein as The Fugitive, Kung Fu, and The Incredible Hulk. You know, the kind of show where the protagonist roams from place to place, searching for peace and answers, finding only disappointment and more questions along the way. There is nothing concrete to base this assumption on, just a vague gut feeling.

Manson will handle the writing for Orphan Black, while Fawcett will direct. There’s no news on who will play Sarah, but with production on the ten episode series scheduled to begin in Toronto this fall, one would hazard to guess that they have someone in mind. That’s a lot to ask of an actor, to carry an entire show. 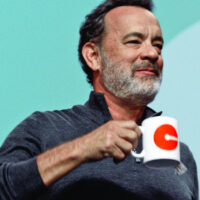