The Barbarella remake has been in the works since 2009, when early reports suggested that director Robert Rodriguez would helm the remake of the kooky science fiction film. After Rodriguez dropped out to make the exploitation movie Machete, Martha De Laurentiis, the widow of iconic genre producer Dino De Laurentiis, turned to Danish director Nicolas Winding Refn to adapt Barbarella into a TV series instead. After more than a year and a half in development, Barbarella might see the light of day in an atypical way.

According to Deadline, Barbarella, based on the French comic book series, is looking to be set up at Amazon Studios, as part of the online retailer’s move into producing original content. Screenwriters Neal Purvis and Robert Wade wrote the pilot episode’s screenplay, while Refn will direct it and serve as executive producer with Martha De Laurentiis for Gaumont International Television (GIT). Purvis and Wade wrote the James Bond film Skyfall in 2012, so the pair has the chops to write high action and intriguing espionage. As for Refn, his films such as Drive, Only God Forgives, and Bronson are certainly packed with loads of neon color and style, which should work well for a Barbarella series.

GIT has a few TV series on the air, with Hannibal on NBC and Eli Roth’s Hemlock Grove on Netflix. The production company has a third in the works with Narco, also for Netflix. It’s interesting that Amazon Studios is interested in a new Barbarella TV series. The online retailers are expanding to Internet devices with the Kindle Fire and online streaming with Amazon Instant, hoping to compete with Netflix. Amazon doesn’t order an entire series like Netflix does, but rather makes a pilot and then gauges its success before producing more.

It’s going to be interesting to see if Amazon will order a complete season of Barbarella considering the pedigree attached to the project, or if they will leave it up to their subscribers. Of course, just because big names are attached doesn’t mean it will automatically get picked up. Last year, Amazon produced the TV series version of Zombieland, which ended up a dud despite being based on the popular 2009 movie. Of course, the Zombieland TV series’ pilot wasn’t very good, with low production value and questionable acting. The same thing could happen to Barbarella if Amazon allows their users to pick their programming.

The original 1968 Barbarella movie takes place in the year 40,000 and follows Barbarella, played by Jane Fonda, a futuristic girl from Earth who is called on to retrieve Durand-Durand, a noted scientist from the evil planet of SoGo. On her dangerous and sexy journey, she teams up with a blind angel named Pygar and battles the Black Queen, as well as numerous sexual torture devices.

While we wait to hear something more official from GIT and Amazon Studios, it’s likely that the Barbarella pilot would premiere on the streaming service this summer. If picked up, Barbarella could be launched sometime at the end of this year. 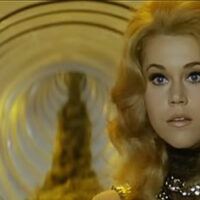 Barbarella TV Series Coming From The Director Of Drive 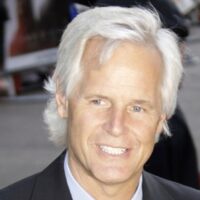 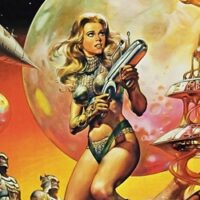