Here’s What Avengers: Age Of Ultron Would Look Like With Spider-Man

Now that it’s official that Spider-Man is joining the Marvel Cinematic Universe, all that remains is for fans to wait until he shows up. But don’t worry, in the interim there will be plenty to talk about, including his age, race, whether or not they’re going to show his origin story (again), and much more. What we’ve heard is that he’ll show up first in Captain America: Civil War (which makes sense, he plays a part in that story arc and has a great moment we can’t wait to see on screen) and then get his own solo movie. There are still people out there who think Spidey will show up in Avengers: Age of Ultron, and while that seems highly unlikely, check out this video that inserts the web-slinger from The Amazing Spider-Man 2 into the latest Age of Ultron trailer.

The results are pretty fantastic, and it doesn’t make it all about Spider-Man, but inserts him into the action as if he’s one of the team. If a few shots from two different movies cut together can be this exciting, just imagine how a movie where he’s really there is going work. That’s going to be awesome.

You have to imagine that his first MCU appearance is going to actually have a similar feel to this trailer. They may be calling Civil War a Captain America movie, and he does play a central role, but the story contains damn near every major hero in the Marvel world and we already know that most of the Avengers are going to show up. People have even been calling it Avengers 2.5, and from what we’ve been shown of Age of Ultron, we can already see the escalating tensions within the team that lead to the events of Civil War. So what we see on screen could wind up looking a lot like this. And that’s just fine with us.

When Tony Stark tries to “create a suit of armor around the world” he screws up royally and creates the biggest threat the world has ever faced: the evil, artificially intelligent Ultron. Only the Earth’s Mightiest Heroes can possibly save the day, and even whether or not they can do that is up in the air (though we did see them celebrate victory). 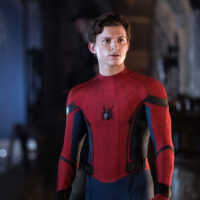 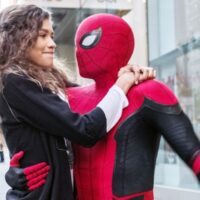