While actor Michael Fassbender can currently be seen in director Steve McQueen’s 12 Years A Slave, the 36-year-old is also becoming a film producer as well. The first movie he’ll be producing is the film adaptation of Assassin’s Creed, the widely popular video game series from Ubisoft. He was already rumored to be playing the lead in the film, so a producer credit on Assassin’s Creed makes sense. But while that role will give him more responsibilities on the project, there’s one thing he hasn’t gotten around to yet: actually playing the game.

In an interview with The Daily Beast, Fassbender admits he hasn’t played the game, but rather met with the folks at Ubisoft and was intrigued by the series’ mythology and core premise.

‘That’s definitely happening (the movie adaptation). We’re just developing the script at the moment. I’d heard of it but had never played the game,’ Fassbender said. ‘I don’t have a video game player … that’s not what they’re called [Laughs]. I met up with the guys from Ubisoft and they told me the story behind it, and I thought it was very interesting — the idea of reliving memories.’

Should fans be concerned that the producer and potential star of the film adaptation has never played the video game? Not really. While it seems ideal that the person making the film adaptation should be a die-hard fan, it’s not actually required. Fassbender isn’t writing or directing the Assassin’s Creed movie, he’s just producing and acting in the film. His job as a producer will be to bring all the elements together to make a good movie. His acting role in the film hasn’t officially been confirmed yet, but it’s believed he would play the lead, Desmond Miles.

Assassin’s Creed follows the centuries-long rivalry between the Assassins, who believe free will and self-determination must be defended, and the Knights Templar, who believe mankind must be controlled for its own good. Desmond Miles is a bartender who is a descendant of many powerful Assassins throughout history. He is kidnapped by the Templar company Abstergo Industries and is forced to relive his ancestral memories in search of a powerful relic the Templars want to get their hands on.

Twentieth Century Fox and New Regency Productions are working with Ubisoft to bring Assassin’s Creed to the big screen. Frank Marshall (Jurassic World, Indiana Jones) will also serve as a producer on the film, while screenwriter Scott Frank (Minority Report, The Wolverine) was hired to rewrite the film’s screenplay, originally penned by writer Michael Lesslie.

Historically, movies based on video games such as Super Mario Bros, Street Fighter, and Silent Hill have not been very good. There has yet to be that one video game adaptation that earns critical and commercial success. Considering the talent involved with the movie, Assassin’s Creed might finally prove that video game movie adaptations can work. 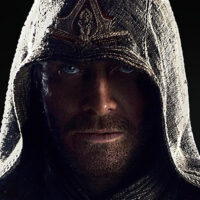