We still haven’t had the first truly great movie based on a video game. I’m talking about a project that brings in people who couldn’t care less about the games, a movie that stands on its own as a good film, rather than just a faithful adaptation of the source material. The gestating Assassin’s Creed film earned major points last year when it hired Michael Fassbender for the lead role, but there are still many steps that have to happen before we’ll get to see him parkour-running over the tops of ancient architecture. Now the movie has inched forward once again, hiring a British playwright named Michael Lesslie to adapt Assassin’s Creed for the big screen. No, we haven’t heard of him either.

Without being familiar with Lesslie’s work, it’s hard to judge whether his involvement is a good thing or a bad thing. His only produced film credits are a few shorts, but a website for his agent has him attached to several other film adaptations (whether any of them are active right now is a different matter). Hiring a playwright in some ways could be a smart move, since that suggests his writing strengths are in character work and dialogue. On the other hand, does he have the chops to craft the top-tier action sequences that any big would-be tentpole flick needs? Assassin’s Creed is very much a mixture of those two extremes, so hopefully Lesslie will be able to find the sweet spot for his script. Obviously New Regency and Ubisoft have seen something in him or his work that they sparked to.

For those unfamiliar with the games, the Assassin’s Creed tells the story of a bartender named Desmond Miles who is kidnapped by a corporation named Abstergo and plugged into a device called the Animus, which lets him relieve his ancestors’ memories. He soon realizes that Abstergo is one half of a centuries-long war between the Templars and the Assassins, a battle with nothing less than the future of humanity at stake. As the game series has continued, it has followed both Desmond’s adventures in modern day and the story of his various ancestors in times such as the Holy Land during the Crusades, Renaissance Italy, and America during the Revolutionary War. 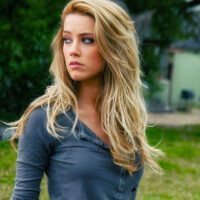