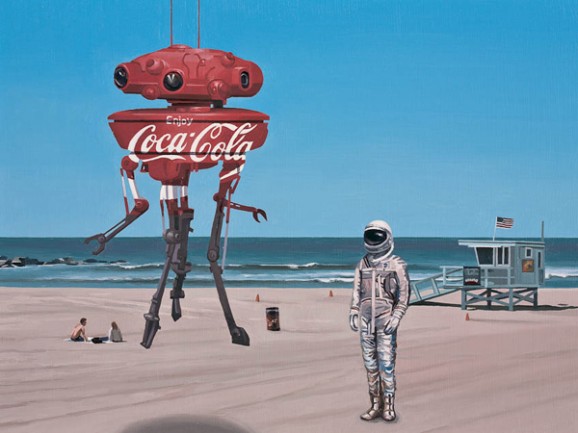 While many artists are captivated by fantastical visions of what other planets, star systems, and life forms might look like, artist Scott Listfield believes there’s plenty of weirdness right here on Earth to inspire his work, especially when injected with an element of futurism. 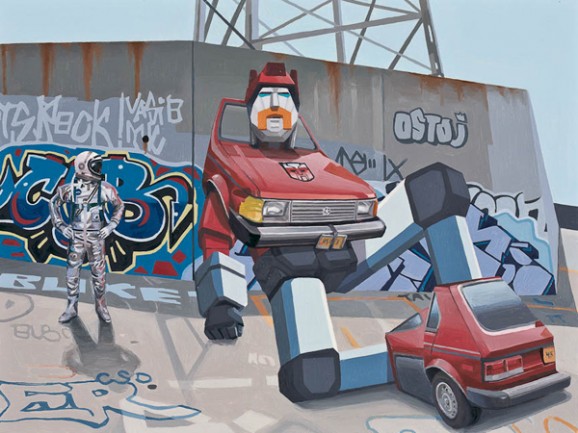 Since the new millennium, the Boston-born artist has merged reality, pop culture, and science fiction to produce work that feels like a painter’s version of magical realism. In each painting, Listfield features an astronaut exploring Earth, but with one difference — in his work, our strange planet is even stranger. We’ve got aliens crossing busy streets, crop circles in the pavement, and exhausted transformers taking a load off. In each piece, the astronaut surveys the scene, inscrutable through his space helmet, but somehow managing to convey bemusement. 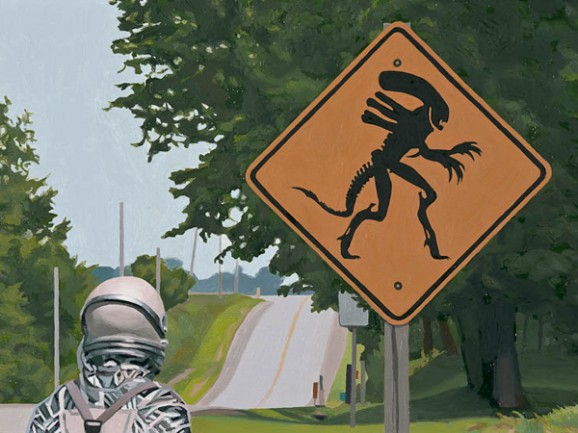 While Listfield’s work engages visually, it also provokes thought and emotion. Many of the landscapes seem post-apocalyptic, the astronaut cutting a haunting visage as he explores, alone. Few humans appear in the works, although there is plenty of advertising from corporate giants such as Burger King, Dunkin Donuts, and Coca-Cola. Whatever happens in the future, Listfield doesn’t imagine advertising going anywhere. 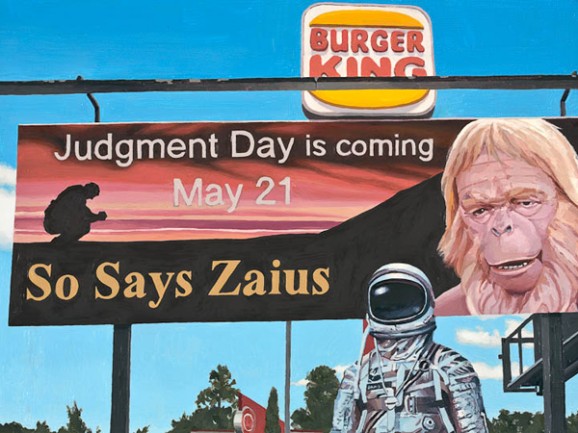 In his artist’s statement, Listfield says:

Popular culture has fostered this space-age perception of the future. Generations raised on these TV shows, movies, comic books, and novels are now grown and living in a future filled with mini vans, Starbucks, iPads, and Hip Hop videos. In many ways, the year 2001 failed to live up to expectations. And yet the world today is peculiar in ways unimagined in 1957, when Sputnik was launched, or in 1968, when 2001 was released, or even in 1994, at the dawn of the internet. The present is in fact a very unusual place, and it’s strangest in the ubiquity of things we take for granted. 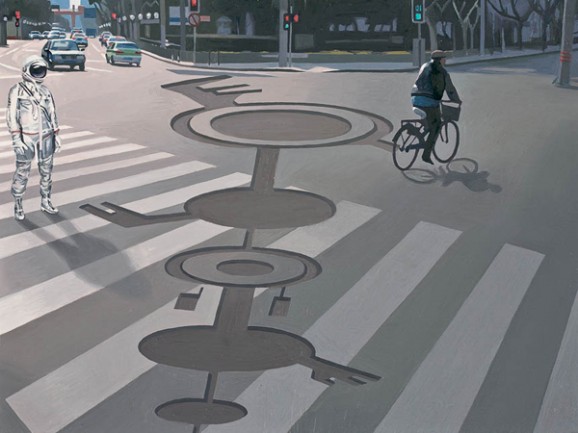 How true. Even though we’re not all zooming around in jetpacks, there’s still plenty of wonderfully bizarre stuff happening on a daily basis: people are building their own 3D printers and toys, scientists have invented an anti-matter device, and we have batteries that can fit on the head of a pin and brain implants that treat diseases. 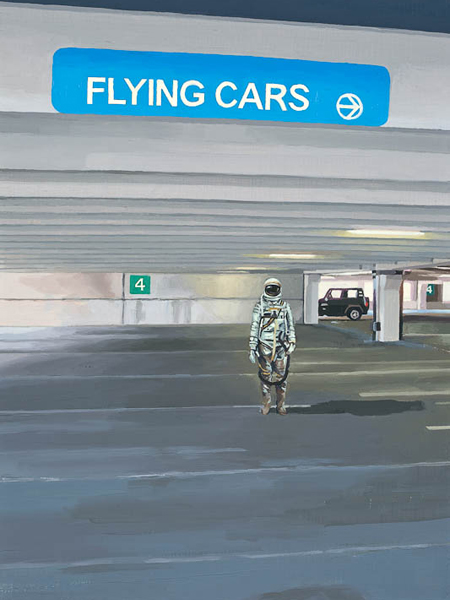 In other words, the truth is indeed stranger than fiction, and the astronaut in Listfield’s paintings “is simply here to explore the present.” Listfield clearly has no lack of present-day inspiration, as he’s almost frighteningly prolific. In addition to his website, astronautdinosaur.com (kudos on the URL, dude), he also maintains a Tumblr blog and sells prints. 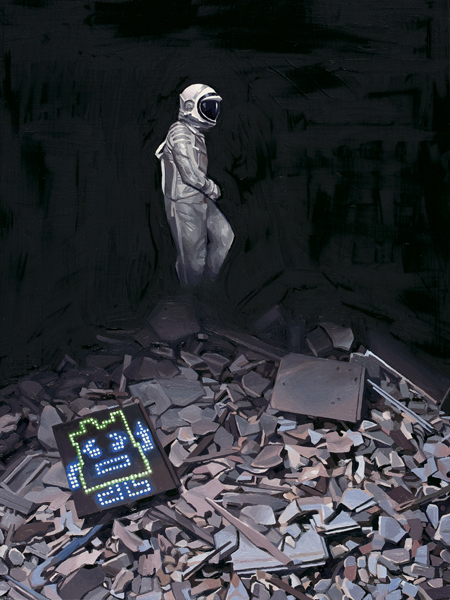 I wouldn’t be surprised if time reveals that Listfield’s prophetic, too — it’s not hard to imagine a parking lot for flying cars or droids bearing the Coca-Cola insignia. As long as the present stays weird, Listfield will hopefully stay colorfully inspired. 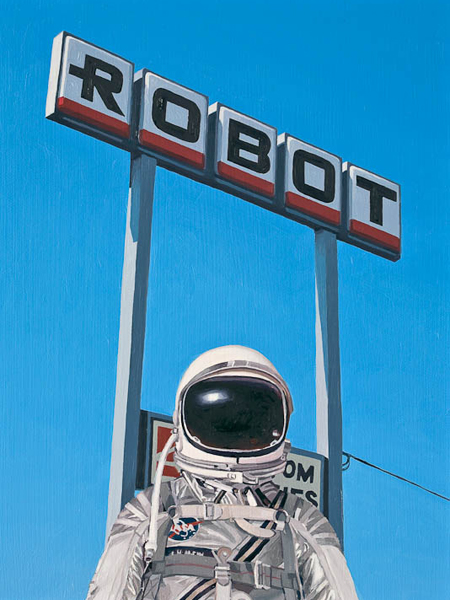