The Aperture Dalek Will Exterminate For Science

Despite their universe-conquering ambitions, the Daleks have been foiled time and time again by a single rogue Time Lord and a procession of largely powerless traveling companions. Even once they got upgraded so that they could no longer be defeated by a flight of stairs, the Daleks have remained one of the galaxy’s greatest punch lines. Maybe it’s the plunger on their heads. Maybe it’s the screechy, trying-too-hard voice. And maybe they just need a bold new direction in leadership. It’s time to let a lady take the wheel. Courtesy of The Dalek Factor, I give you the Aperture Dalek. 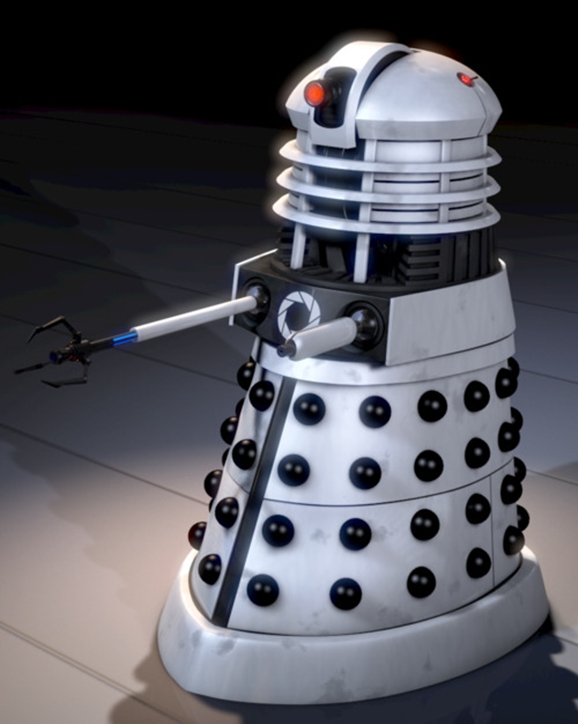 Introduced in Valve’s beloved game Portal, GLaDOS spent most of her time making life hell for a series of unnamed test subjects deep within the bowels of Aperture Science. She’s a self starter, she’s got a great sense of humor, and she bakes a mean cake. GLaDOS could provide the Daleks with a nobler goal than simply killing everything in the universe that isn’t a Dalek. Under her leadership, the Daleks would kill everything in the universe that isn’t a Dalek…for Science. 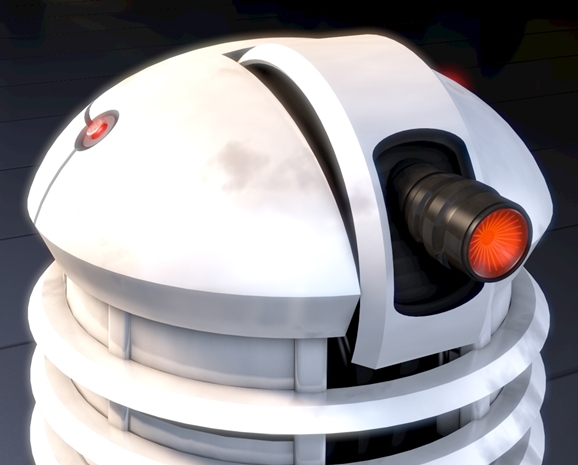 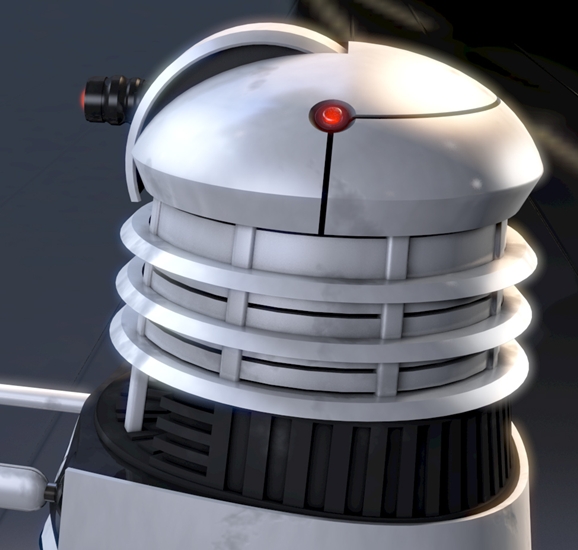