It’s bad enough when a character on a show or in a movie is annoying, but what’s worse, what’s exponentially more frustrating, is when an adaptation takes a character from the source material, one that is fantastic and that you love, and totally, unequivocally fucks them up. AMC’s hit zombie saga The Walking Dead has made some drastic changes to many individuals from Robert Kirkman’s comics, but none were as drastic, or terrible, as Andrea, portrayed by Laurie Holden on the series.

In the comics, where she is still alive, by the way, Andrea is everything you want out of a character. She’s strong and totally badass — her sniper skills save Rick’s ass, as well as the rest of the group, on a regular basis — but she’s also kind and caring, and at one point she essentially adopts a couple of kids whose parents became zombie chow. But onscreen she was indecisive and passive aggressive, constantly laying guilt trips on people in order to manipulate them. When the show hit its lowest points, in seasons 2 and 3 when all they did was endless, week after week, debate what to do at every juncture, it was largely because of her. One of the best characters in the comics became the worst, most obnoxious one in the show. Even if there was no Andrea in the comics, she would still be terrible on TV.

How We Would Kill Her Off: They already did, so we don’t have to. None of it is Holden’s fault, the blame falls squarely on the writers. Holden is actually kind of a badass in real life, recently participating in a sting that broke up a Colombian child sex trafficking ring. Still, we’re glad she’s dead on the show. For the sheer level of annoyance and irritation she caused, we would have liked to see her ripped apart by walkers, but we’ll take what we can get. At least she’s gone, that’s what matters most. I may have cheered. 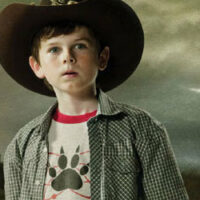 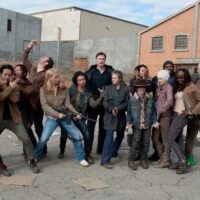 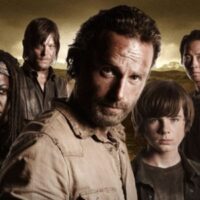