Amazon’s Zombieland Series May Have Found Its Director

Zombieland, for whatever faults it had, is one of my favorite modern horror comedies, and it gave Woody Harrelson 90 minutes to act like a badass, which is never wrong. Initially, I was worried about those rumors of a TV show, even though FOX is a place where they throw money at wacky premises, albeit for only a single season. But then Amazon stepped in and acquired the rights, and my worries seemed to disappear for some reason. It’s not as if Amazon has any proven hits on their hands or anything, besides being a place where you can buy proven hits on DVD and Blu-ray. A few details have been released, however, that keep the excitement as undead as the mumbling antagonists.

Word has it Eli Craig is in talks to direct, which is great news for fans of Tucker and Dale vs. Evil who have been waiting for the film’s director to jump back into the horror genre, idling chainsaw optional. Tucker and Dale was like a poor man’s Cabin in the Woods, and I say that with all due respect. It flipped the slasher genre on its decapitated head, and made a great film duo out of Tyler Labine and Alan Tudyk, so it’ll be very interesting to see how he approaches this no-holds-barred area of “television.” And it’s not as if the material is new to him. In an interview for Complex in 2011, Craig name-checked Zombieland as his fifth favorite horror-comedy.

Amazon is in talks with Sony Pictures TV for the deal, and Zombieland screenwriters Rhett Reese and Paul Wernick are back on, taking both writing and executive producer roles, joined for the latter by the film’s producer, Gavin Polone. Chances are, it’ll be picked up straight-to-series, which means we wouldn’t be scrounging the Internet for the long lost pilot in years to come.

Considering how horrifying Reese and Wernick’s original concept would have been on CBS or Syfy, the places where the duo pitched the idea to in 2005, having Amazon as the show’s host seems like a match made in Twinkie heaven. Of course, there is still casting to be done, so this could still take a nosedive. Columbus’ Rule of Casting #1: Fit the actor to the character, and not the last actor who played the part. Although if they find someone anywhere near as sultry as Emma Stone, that rule can be amended.

Deadpool 3: Marvel Will Reboot The Deadpool Series, Sort Of 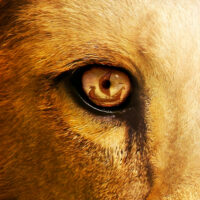 Netflix’s Chronicles of Narnia Series: All We Know