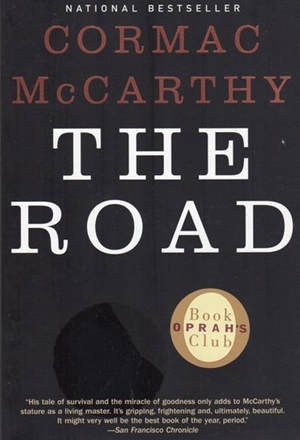 “The Road” by Cormac McCarthy
And here we are, after that brief foray into rugged, manly men daring to conquer the boundaries of space, right back down in the depressing shit. Cormac McCarthy’s 2006 novel works from your basic end-of-the-world template, with a father and his young son making their way through the brutal wastes left in the wake of an apocalyptic event. It managed to take home the 2007 Pulitzer Prize for Fiction, however, so clearly McCarthy gives good apocalypse. But if you’re suffering from apocalypse fatigue like I am, you can spend two hours watching the 2009 movie adaptation starring Viggo Mortensen and Kodi Smit-McPhee instead. It would probably be a less frustrating experience than The Walking Dead is about half the time. 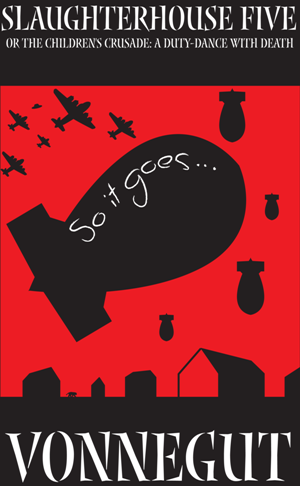 “Slaughterhouse-Five” by Kurt Vonnegut
Frankly, any literary list that doesn’t include at least one work by Kurt Vonnegut is immediately suspect in my opinion, even if it’s a list he doesn’t really fit into, like Best Romances with Fabio on the Cover. Don’t care, you’d better find a way to slot Cat’s Cradle in there somewhere if you want my attention. Slaughterhouse-Five was Vonnegut’s masterwork, a trippy, time-hopping science fiction tale given enormous dramatic weight by incorporating tragic elements from Vonnegut’s own life, most notably his witnessing of the 1945 firebombing of Dresden during World War II. If you’ve never read the tale of Billy Pilgrim, a soldier who becomes “unstuck in time,” I can’t recommend it highly enough, even if you don’t like science fiction. Although, if you don’t like science fiction, what the hell are you doing reading Giant Freakin’ Robot? The notoriously difficult-to-adapt tome had one movie version released in 1972, and a new version is in the works from Universal Pictures and Guillermo del Toro. Fingers crossed that that one actually makes it to screen. 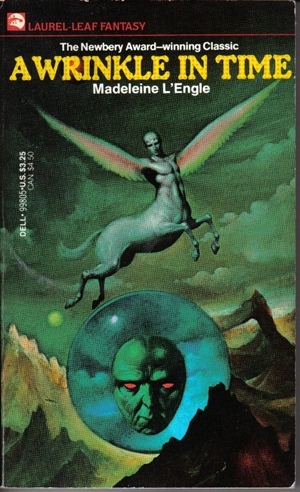 “A Wrinkle in Time” by Madeleine L’Engle
Another stalwart of many a school library, Madeleine L’Engle’s A Wrinkle in Time took home tons of awards, including the high bar of the childrens’ book field, a Newbery Medal. It’s the story of a young girl who goes looking for her missing father, a scientist who had been working on something mysterious known only as a “tesseract” (no, not the Infinity Gem stand-in from the Marvel Cinematic Universe). As you might expect from the title, her search will take her through not only space, but time and other dimensions, not to mention an allegedly haunted house belonging to one Mrs. Whatsit.