Alfonso Cuaron And J.J. Abrams’ Believe Gets A New Trailer And Premiere Date

NBC’s upcoming drama Believe has had a hard road to hoe, and it hasn’t even made it to your TV screen yet. After being picked up, the show went on an “early hiatus,” they lost one co-creator and showrunner, and most recently writer Ned Vizzini committed suicide at the age of 32. The troubled show finally has a premiere date, and this new, longer preview.

Believe, which features a creative team that includes Star Trek director J.J. Abrams and Gravity helmer Alfonso Cuaron, will debut Monday, March 10, before settling into a usual Sunday night time slot on March 16. As if Sundays don’t already have enough shows that you want to watch. With big names like this in the credits, you can see why the network wants to get this on the air, even in the face of all of the problems.

This video introduces the basics of Believe. There’s a little girl, Bo (Johnny Sequoia), with seemingly magical abilities, there are bad people who want to own her power for themselves—and, of course, do nefarious things—and there are good people who want to protect her from harm. Jack McLaughlin plays Tate, a death row inmate who a mysterious group, led by a man named Winter (Delroy Lindo), springs from prison in order to protect Bo. She will no doubt play a huge role in the future of humanity once her powers fully manifest, which will apparently be in seven years. That’s going to be something to see, because, if what she can do in this footage—like levitate things—is any indication, she’ll have some nifty tools at her disposal. Sure, that little girl screaming and bad things happening has been done more than a few times, but I’ve never seen it whip up a tornado of birds before.

Winter’s group isn’t the only shadowy group. The rival faction, AKA the bad guys, feature an assassin with mommy issues—this will be an interesting element to watch—played by Sienna Guillory (Resident Evil). They track Bo and Tate all over the place, forcing them to live a life on the road. I imagine Believe will go down a little like the Lou Ferigno Incredible Hulk series, where they show up, help some people out, escape from the villains, and at the end of the episode, they’re back on the move again. Could be wrong, but that’s the vibe I get.

Cuaron, who co-created the show with Mark Friedman—the one who left— directed the pilot episode, and between this video and the footage we saw from San Diego Comic Con, the Mexico born filmmaker definitely left his fingerprints all over this.

Believe feels bigger than your average TV show, in both scope and scale. Let’s hope it doesn’t get buried beneath tough Sunday night competition like The Walking Dead and Game of Thrones, and that the network gives it a chance to find its way. A year from now I’d hate to be talking about another Firefly or Dollhouse, a show that was gone before it really ever got going. 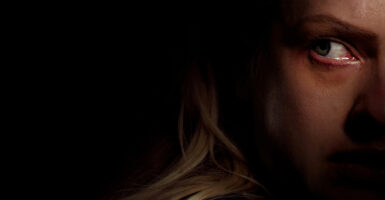 The Invisible Man Review: Destined To Stand Among The Year’s Best Movies