Alfonso Cuarón’s Gravity IMAX Poster Is All About Scale 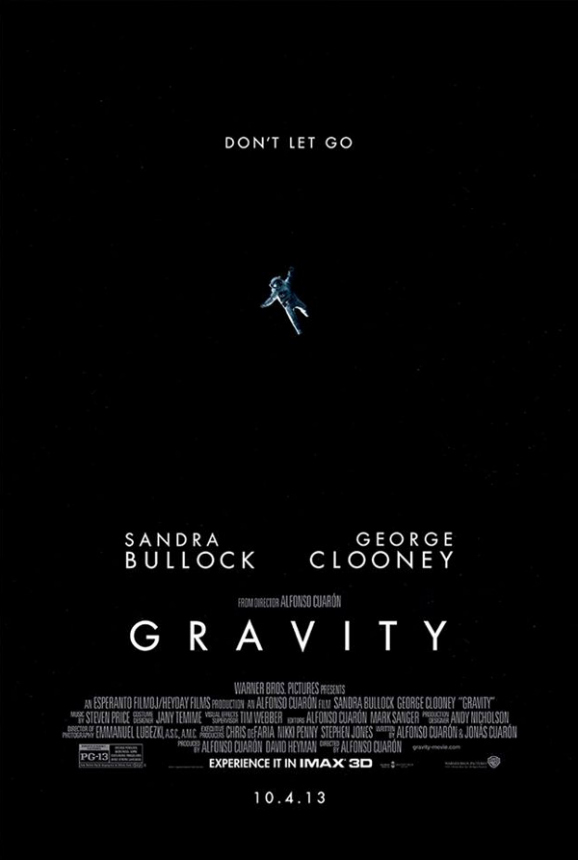 While Alfonso Cuarón’s Gravity isn’t set for release until this October, the space epic will soon be making the rounds on this year’s film festival circuit, with its first stop at the 70th Venice Film Festival this August. There is a lot of anticipation and excitement surrounding this film from both genre fans and cinephiles who are anxiously awaiting a dose of high-minded, cerebral science fiction, instead of the action/adventure variety we’ve been seeing in theaters as of late such as Star Trek Into Darkness, Pacific Rim, and After Earth. Alfonso Cuarón’s latest film not only features an epic story of survival, but also an epic size and scope that demands to be watched on the biggest screen possible. Taking that into consideration, Warner Bros. has released Gravity‘s new IMAX poster above.

Gravity‘s story seems simple enough: two astronauts on a routine spacewalk suddenly find themselves in the middle of an asteroid storm, which destroys their ship, leaving them to drift in space with very little oxygen and no communications with the ground. Sandra Bullock plays Dr. Ryan Stone, a medical engineer who is on her first space mission, while George Clooney plays Matt Kowalsky, a veteran astronaut on his last mission. Supposedly, Gravity will only feature those two actors, but the brief clips Warner Bros. recently released reveal a third crewmember. Allegedly, the third crewmember is play by actor Ed Harris, who isn’t mentioned on Gravity‘s IMDb page or Wikipedia, so take this with a grain of salt until the movie premieres in Venice, Italy.

What will make Gravity a special film is not just the film’s story, but also its filmmaking. Director Alfonso Cuarón has been working for years to perfect the 3D camera technology for the upcoming space epic. He wanted something that would capture the weightlessness of space, while at the same time providing depth of field with 3D and able to create long single shots like the ones used in his science fiction classic Children of Men in 2006.

In fact, purportedly the first 20 minutes of Gravity unfold as one single, unbroken shot. It sounds like Cuarón is trying to top his own Children of Men work with Gravity. It’s definitely more ambitious than any of Alfonso Cuarón’s past films. At the moment, there is so much Oscar buzz and good faith towards Gravity, it will be interesting to see if the space epic can live up to the hype. We’re expecting a movie experience we’ve never had before, so the standards are pretty high for Gravity.

Cuarón enlisted Avatar director James Cameron to help him figure out the 3D technology, along with cinematographer Emmanuel Lubezki. Gravity should be something special, especially on a 76 x 97 ft. IMAX movie screen. From everything we’ve been hearing about the film so far, it sounds like it will be an immersive and visceral movie-going experience.

Gravity will land in theaters on October 4, in 3D and IMAX.