You can tell that Hollywood is starting to getting to the bottom of the barrel as far as preexisting properties to adapt. Not only have we had multiple reboots of the same title, like Spider-Man, but now we’re at a point where they’re just adapting whatever they can get their hands on. When we get a movie based on the board game Battleship, you know we’re likely to get anything (I’m waiting for Hungry Hungry Hippos: The Movie). Michael Bay and Hasbro have obviously had a great deal of success with the Transformers movies, raking in billions of dollars across four movies, and now it’s looking like we could be in store for a GoBots movie.

Hasbro recently started moving down the path to bring this not-as-popular franchise to your local metroplex. The toy company has already brought Ouija and G.I. Joe to life on the big screen in recent years, in addition to Transformers and Battleship. And let us not forget the upcoming Jem and the Holograms adaptation.

According to reports, Hasbro applied for a new GoBots trademark, not just a renewal, in the last week or so. On January 21 and 25, the company put in the paperwork for “distribution of motion pictures, ongoing television programs” and “Toys, games and playthings, namely, toy vehicles and accessories for use therewith.”

That certainly sounds like there could be a bunch of new GoBots stuff headed our way. What, exactly, remains to be seen, but given their track record, it’s not outside the realm of possibility that we could see both films and TV shows, as well as the associated toy lines. That certainly fits with the company’s standard operating procedure.

You may remember that GoBots wasn’t originally a Hasbro toy. It started life as a Tonka product (which they got from Bandai), though Hasbro acquired the rights after a takeover back in 1991. The manufacturer also has a close working relationship with Michael Bay, both in their previous partnerships on the Transformers films, but also working with his Platinum Dunes, which produced Ouija last year. Could Bay bring another group of sentient, shape-shifting robots to life in the movies? That’s just speculation, and it probably won’t go down like that, but who knows.

I’m in the vast minority who actually have more fond memories of GoBots than Transformers. (TV reception at my childhood home was spotty, and while we got the channel GoBots was on, my exposure to Transformers was limited to comics and toys—they were admittedly the much superior toys.)

The GoBots do, admittedly, have a pretty rocking theme song:

That’s all there is to this story right now. It’s entirely possible that Hasbro just wants to launch a new line of toys or make sure they keep a tight grip on their properties. Right now it sounds like they’re just testing the waters, but you can bet we’ll be keeping a close eye on this as it develops. 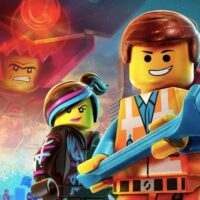