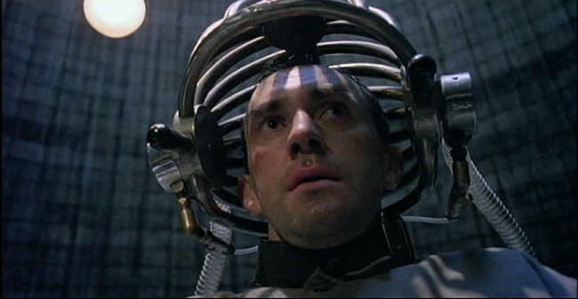 Terry Gilliam’s 1985 classic Brazil may be my all time favorite dystopian anything, film, book, comic, whatever, and ranks damn near the top of my all time movie list. The Monty Python alum’s tedious, overly bureaucratic world, where nothing gets accomplished without forms and papers and procedures piled on top of each other is as convincing a futuristic nightmare as any you’ll ever come across. And the Wachowskis do their level best to recreate that for a montage of documents, signatures, and waiting in endless lines. You watch this unfold in Jupiter Ascending, as Mila Kunis’ character attempts to claim her galactic birthright, and you can’t help but be reminded of Gilliam’s film. And then, just to drive the point home, they toss in an explicit reference to form “26 B Stroke 6.” It made me happier than any other moment in the entire movie.