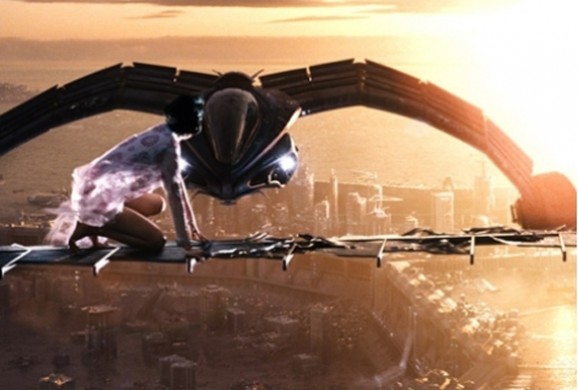 You could easily pair up Jupiter Ascending with almost any of the Wachowskis’ other films. Thematically it’s similar to The Matrix, while the visuals in Speed Racer are likely most akin to their latest endeavor. Still, it’s their last feature, Cloud Atlas, which totally flopped at the box office, that shares the most DNA with their newest. Again, the sprawling, futuristic cities share some distinct resemblances, but it is the simple fact that both films are big, massive affairs, and they feel big in very much the same way. Jupiter Ascending is set in this expansive, sprawling universe with many different worlds, and Cloud Atlas offers a similarly extensive view of and approach to time.