Quite an experience to live in anticipation, isn't it?

Few movies have had as great an impact on modern science fiction as Ridley Scott’s 1982 genre classic Blade Runner. You’d be hard pressed to find a sci-fi film in the last three decades that doesn’t bear signs of the movie’s influence. Most films wear the mark blatantly. Hell, just look at the promo footage for Total Recall if you need proof.

Blade Runner has so many different versions it’s hard to keep them all straight. Some people love the voice over version, some call it an abomination, and others swear by the “Final Cut,” (it’s hard to go wrong with that one in my book). Everyone has their own personal favorite. Well, no matter what your preference, you’re in luck. To celebrate the 30th anniversary of Scott’s beloved sci-fi noir in style, Warner Bros. is releasing mammoth Blu-ray box set. 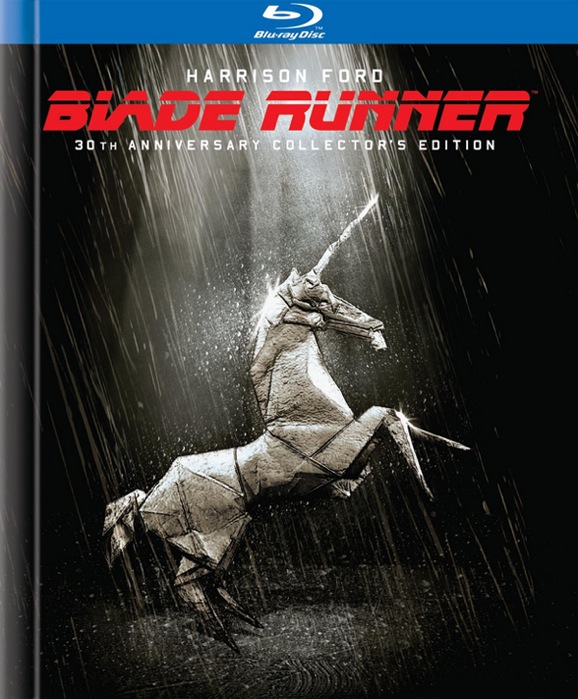 Four discs will play host to five (yes, five) versions of Blade Runner, including the “Final Cut,” the 1992 director’s cut, the international and domestic theatrical cuts, and a rare workprint. That’s a lot of Blade Runner.

Beyond the multiple versions of the film, there is a wealth of bonus features for you to sift through. There are over 1000 “never-before-seen” archival photos, all presented in HD, and a 72-page “production art book” that features prints of newly revealed artwork from the film. Oh yeah, there’s also the more than 10 hours of extras that originally appeared on the 25th anniversary edition.

As if all of that isn’t enough, you get a toy! The Blade Runner 30th Anniversary Collector’s Edition comes with a replica of one of the Spinner cars from the film.

Is all this worth $58.49 (the pre-order price at Amazon right now if you’re interested)? Maybe not considering how much of it is already readily available, but still, this is one hell of a package. Don’t worry, you have time to weigh the pros and cons; the Blade Runner anniversary edition doesn’t hit shelves until October 23rd.