The 100 (The CW, 9/8c)
And here’s The CW’s second new sci-fi series. The 100 is set several generations after a nuclear apocalypse wiped out humanity on the surface of the earth. Thankfully the species survived, thanks to the people living on 12 space stations orbiting the planet. Unfortunately, after all those years things are getting crowded, so it’s decided that somebody needs to be sent down to the surface to see if a return to our homeworld is possible. Rather than sending, oh, I don’t know, some scientists who are qualified to make that determination, they instead send down 100 expendable juvenile prisoners. That’s one hell of a detention.

Orphan Black (BBC America, 9/8c)
If you’re a regular GFR reader, you’ve undoubtedly heard of Orphan Black by now, because it’s one of our favorite shows of 2013. If you hadn’t already watched it, you’ve got plenty of time to burn through the first season before season two arrives in April. (And hopefully it will pop up on Netflix before then.) Come for the crazy-twisty clone storyline, stay for the frankly amazing acting chops of star Tatiana Maslany, who deftly instills each clone with her own distinct personality and quirks. That lady is going far, mark our words. 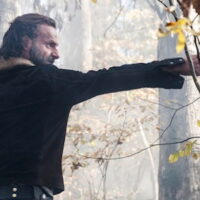 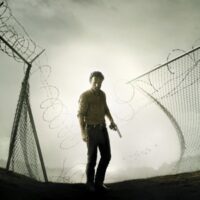 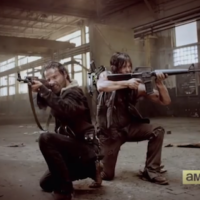