Revolution (NBC, 8/7c)
Ah, the show we love to love/hate. The second season has overall been an improval over the first, but its two primary elements — the return of the United States government and Aaron’s odd relationship with the power-eating nanites — have been hit or miss. I do really like where we were left with the latter, with Aaron having finally “met” the nanites, then used their power for vengeance, only to realize that cost him the life of his lady-love. The nanites and their emergent intelligence is a storyline creator Eric Kripke has said will be a major role in the second half of the season, so I’m hoping Revolution will really hit its stride.

Helix (Syfy, 10/9c)
Ronald D. Moore returns to television — and Syfy — for the first time since Caprica wrapped up in 2010. In fact, he’s got two shows on the horizon: this one and Starz’ time travel romance tale Outlander, based on the books by Diana Gabaldon. Helix is a big question mark for us at this point. Moore’s name earns our interest, but so far the trailers haven’t wowed us. I’ve heard some positive early buzz, so hopefully it will prove to be more than the sum of its (constructed from John Carpenter’s The Thing) parts. 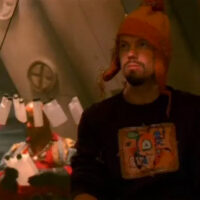 Firefly Gifts: A Guide To Shopping For Serenity Fans 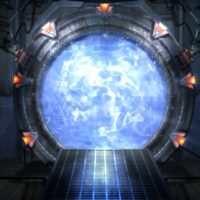 Stargate Gifts: A Guide To Shopping For SG-1 Fans