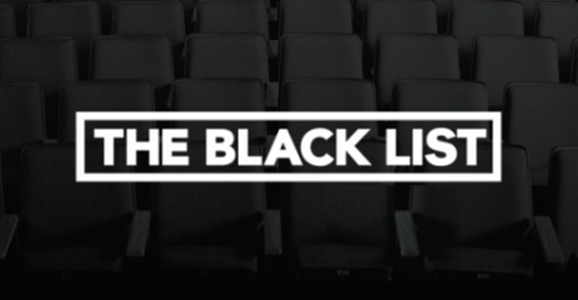 It’s that time again: the release of the annual Black List of the year’s best unproduced scripts. Celebrating its tenth anniversary this year, the Black List is compiled by polling 250 “development executives, agents and other Hollywood insiders” to see which new, unproduced scripts were blowing people’s doors off in 2014. This year’s winners once again include quite a few genre entries, ranging from a murder on the moon to a wolf mother and her cubs trying to survive in a post-apocalyptic hellscape.

As we’ve done in previous years, we’ve got the names and synopses of the winning scripts below, along with the short videos that accompanied each winner’s announcement (hi, Nathan Fillion!) and details about the writers where available. Past Black List scripts went on to become flicks such as Transcendence, Argo, and Edge of Tomorrow, so expect to see some of these make it all the way to the big screen in years to come.

In near future London, a revolutionary technology has been invented that can record sounds hours after they were made. Detective Harry Orwell, inventor of this technology, is part of a pilot program where investigators record and analyze past sound waves and finds himself the prime suspect while investigating a string of brutal murders.

A woman held captive in the futuristic smart house of a serial kidnapper realizes that her only hope of escape lies in turning the house’s sentient computer against its creator.

A genre bending action comedy about a pill popping thug who begins to develop superpowers.

The investigation of a murder on a moon colony.

Like many of the folks on this list, Weil is a newcomer with no produced films yet. You definitely can’t fault his ambition, however: this past summer Warner Bros. bought his 90-page “scriptment” for an Arabian Nights series consisting of a proposed seven films. Even in this age of endless sequels and shared universes, that’s pretty ballsy for a new guy to be talking about seven-film franchises. As for Moonfall itself, the script has attracted the attention of Darren Aronofsky, among others.

A woman tries to lead her children to safety after the world is invaded by monsters who turn you insane upon sight.

Heisserer is best known for having written the prequel film to John Carpenter’s The Thing and the Nightmare on Elm Street reboot. He’s got several genre projects in the works, including Story of Your Life and Understand. Bird Box is based on a novel by Josh Malerman of rock group The High Strung.

After an apocalyptic event, a mother wolf is separated from her mate and the rest of the pack, and has to protect her cubs from swarms of mutated humans.

We wrote about Yellowstone Falls last spring, when QED paid Kunka six figures to acquire the script. It’s the sort of concept that could be amazing or awful, pretty much entirely depending on execution. This is actually Kunka’s second year in a row on the Black List: he made the 2013 cut with his script about The Bermuda Triangle.

“The Shower” by Jac Schaeffer (10 votes)

At a baby shower for their longtime friend, the attendees suddenly find themselves in the middle of a different type of shower: meteors that release a vapor turning men into blood-hungry aliens.

Schaeffer made his directorial debut with TiMER, starring Emma Caufield from Buffy the Vampire Slayer), which he also wrote. You can watch it on Netflix Instant.

When a missing astronaut crash lands forty years after he launched having not aged a day, his elderly twin brother helps him escape the NASA scientists hunting him. As the government closes in, neither brother is who they claim to be.

A corporate risk management consultant is summoned to a remote research lab to determine whether or not to terminate an at-risk artificial being.

A deaf computer genius’ world is thrown into turmoil when he meets a troubled coffee shop waitress whose voice turns out to be the only thing he can miraculously hear.

Sullivan has worked in the art departments of films and TV shows ranging from The Sopranos to the American Life on Mars remake to Darren Aronofsky’s Black Swan.

When a race of genetically modified humans living secretly among us declare war on Man, the fate of the world is in the hands of a rogue ‘Synthetic’ named Eve and a young girl who is about to discover she’s not all human.

You can read about the rest of the 2014 Black List scripts over at Deadline.