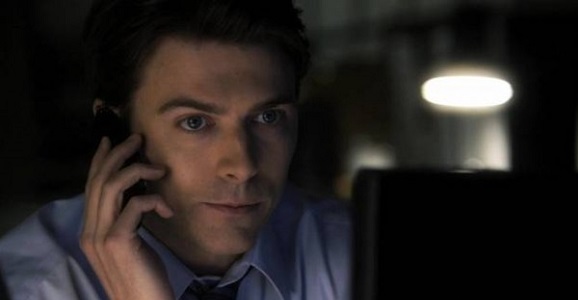 Sure, we’d all the like the chance to be able to go back in time and stop Syfy from ever ordering a series based on Terry Gilliam’s awesome 1995 thriller 12 Monkeys. We’d like to stop Syfy from doing a lot of things, but this adaptation is over the top. Alas, the show keeps adding cast members, which means no one is getting cold feet on this one. The latest pair to sign up for this Army are Nikita star Noah Bean and TV vet Željko Ivanek (Revolution). Both talented guys, certainly, but neither is the magic ingredient needed to get me on board.

In Syfy’s 12 Monkeys TV series, Aaron Stanford (X2: X-Men United) will play Cole, a role Bruce Willis played with a wicked drool in the film. Cole has traveled to the present from a desolate future that has been wrecked by a deadly plague that could soon terminate most of the human race. Bean will play a political strategist who finds his relationship with Cassandra Railly (Amanda Schull) in jeopardy after Cole arrives. (Nothing says cockblock like time travel.) Ivanek will star as a genius philanthropist and capitalist involved in the same biological research that could end up crippling the planet, but no one would guess it, since he’s such a charmer.

It sounds like they’re playing up the best ways they can think of to stretch the story out over an entire season, and perhaps more. The pilot was written by Nikita and Terra Nova writers Travis Fickett and Terry Matalas, and will be directed by Jeffrey Reiner, best known for work on Friday Night Lights and such failed shows as The Event, Awake, and Do No Harm.

Bean has been all over TV the last few years, supplementing his Nikita work with appearances on ABC’s fantasy Once Upon a Time and Fox’s upcoming crime drama Gang Related. He also starred in Lance Malbon’s indie drama Black Marigolds.

Ivanek won an Emmy in 2009 for his supporting work on Damages, which Bean also starred in. He has also been a recent regular on Fox’s crime drama The Mob Doctor and Cinemax’s action series Banshee. On the film front, he had a strong 2012 with roles in Best Picture winner Argo, Martin McDonagh’s Seven Psychopaths, Tony Gilroy’s The Bourne Legacy, and Brian Klugman and Lee Sternthal’s The Words. He sounds perfect for this role, so let’s hope he rocks it.

12 Monkeys is set to debut sometime next year, or whatever. In the meantime, let’s just forget it exists by taking a shot of thorazine and haldol and watching one of Brad Pitt’s finest scenes.