10) A Plausible (Fake) Ending
All the uncertainty about whether Jenna Coleman would be returning for season 9 added extra resonance to the nearly last layer of the dream, where The Doctor returns to save Clara…only to discover he’s running 60 years later than he intended. It was a nice follow-up to the time lord’s revelation that the gathered dreamers might not even be from the same point in time, and it would have worked just fine if it was nothing more than that. But it also could have served as an entirely plausible possible ending for the relationship between The Doctor and Clara, had Coleman decided to leave the series. It even would have been a nice thematic callback to the introduction of Matt Smith’s Eleventh Doctor, who promised a young Amelia Pond that he’d be right back, only to return years later. Sentimentality with a dash of tragedy…very Doctor Who.

11) The Actual (?) Ending
After diving so deeply through layers of false reality, it was only appropriate that the ending left a tiny sliver of possibility that we still weren’t all the way out of the dream. Sure, sometimes a tangerine is just a tangerine, but you never know…

12) A Question, Finally Answered
In this age of ever-present spoilers, it was downright refreshing to have the “will she or won’t she” question of whether Jenna Coleman would be returning for season 9 definitively answered by the show itself, rather than a press release or spy report. And while “Last Christmas” simply told us that “The Doctor and Clara will return next year in ‘The Magician’s Apprentice,'” both the actress and showrunner Moffat have since commented on the subject, revealing that she will indeed be back for another full season. We’re definitely looking forward to seeing how their relationship will be different after the trauma and losses of season 8. 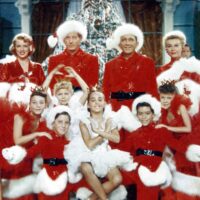