Yoda Was The Galaxy’s Gassiest Jedi

With all of the changes that George Lucas has made to his once beloved Star Wars trilogy over the years, it’s no surprise that disgruntled fans have made a few changes of their own. From the Black C3PO video to the Darth Vader voice over session video, one time fans are now taking it upon themselves to make their own changes and poke fun at the holy trilogy. Hell, you can even find the “Despecialized” version of the films in which one very dedicated fan went through and digitally removed all of the bullshit Lucas added. Now that’s dedication.

This next video isn’t quite that crazy, but it is really funny as long as some of your 12-year-old self still runs part of the show. YouTuber OneMinuteGalactica has provided the sequel that no one knew they needed, Return of the Farting Jedi (who farts). The minute and a half film shows off that Yoda is quite a gassy little frog. Check it out.

Now you know what really happened on Dagobah before Yoda became one with the force–he became one with the farts. Don’t expect this to be the end of the fan-made Star Wars re-edits, parodies, or just plain old hate videos. Fans are still reeling about the bluray set, so until they get their much-begged for untouched trilogy, expect these videos to keep rolling in. 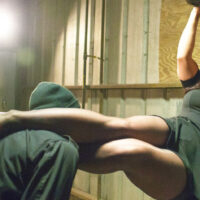 Gina Carano: How She Ended Up Mired In Controversy